[ecis2016.org] Embattled real estate firm Amrapali Group has approached the Supreme Court, seeking its permission to rope in other builders to complete its various housing projects and hand over possession of flats to the hassled home buyers

Real estate firm Amrapali Group, which is facing insolvency proceedings initiated by the creditor bank for not repaying its loan, has claimed that many firms have expressed interest in taking over and completing its incomplete housing projects. The company, in an affidavit in the Supreme Court, said that it was not in a position to complete the projects and hand over possession of flats to over 42,000 home buyers in a time-bound manner and the properties were needed to be developed, with the help of co-developers.

You are reading: Amrapali seeks SC nod to rope in other builders to complete projects

“Apart from the massive inventory, which has been sold and is at various stages of development, the ongoing projects of Amrapali Group have vacant land available (earmarked for future development), which can be developed with the assistance of co-developers and, subsequently, sold to prospective buyers. This would provide for the necessary liquidity and cash flows, for payment to the creditors and also investments in projects that unfortunately have negative cash flows,” the company said in its affidavit.

It urged the court to allow co-developers ‘to come in to construct, develop and deliver homes in certain under-construction projects of the group’. “The plan will not only provide for speedy construction of houses but would also facilitate and ensure payments to all the creditors, including those who have already approached the NCLT for insolvency proceedings,” it said.

A bench of justices Arun Mishra and Amitava Roy had, on January 31, 2018, asked the firm to submit a comprehensive plan with a time line, on how it would complete its pending projects. It had also asked the authorities of Noida and Greater Noida, the Committee of Creditors, the interim resolution professional (IRP) and other parties, to file their responses to the proposal submitted by the company. The bench had said this was a ‘serious issue’ and a ‘complicated case’, wherein it has to go into the details of the money paid by home buyers and the loans and mortgage made to secure that loan.

Amrapali’s counsel had said one Galaxy Developers has come forward, to develop the flats in a timely manner. The National Company Law Tribunal (NCLT) had earlier admitted insolvency proceedings against Amrapali Group and appointed an interim resolution professional, to manage the affairs of the company on September 4, 2017. The top court is hearing a batch of pleas filed by flat buyers who have sought quashing of the September 4 NCLT order and said the moratorium imposed under the provisions of the Insolvency and Bankruptcy Code, 2016, is violative of Article 14 (equality before law) of the Constitution. 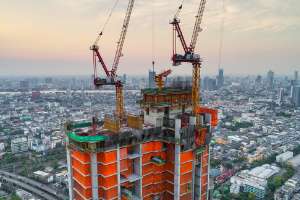 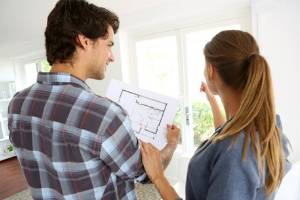 5 golden rules of buying a home as per Vastu Shastra