The share of banks’ credit in the real estate sector, has shrunk drastically in the last few years, from 50%-57% in 2010 to 24%-26% in 2016, said Knight Frank India, in its first edition of its capital markets report titled ‘Analysis of Institutional Funding in Real Estate’. Nevertheless, the total funding in the Indian real estate sector increased by 40%, from USD 3.8 billion in 2011 to USD 5.4 billion in 2016.

You are reading: Banks’ share of funding to real estate sector, shrinks to 24% in 5 years

“Rising NPAs, higher risk provisioning and mounting losses in the real estate industry, have led to reduction in credit offered by banks,” the report said.

The vacuum created by banks has been filled by private equity (PE). “Around three-fourths of the real estate sector’s funding requirement has been met by PE players in the past couple of years, as against one-fourth in 2010,” the report said. 2015 witnessed the highest amount of PE fund flow into the sector since 2010, with more than USD 3.6 billion investments across 100 plus deals.

However, in 2016 the report observed a 13% drop in PE fund flow, with less than 60 deals in the previous year but recorded the highest amount of the average deal size, amounting to USD 56 million. “Shortages in quality retail space and increasing rental values, have attracted PE players towards the retail segment in the last two years,” Knight Frank said in a statement.

“As the real estate market in India matures, driven by regulatory and market forces, we expect PE capital to play an even greater role. Creation of public markets for commercial assets in the form of REITs and sale of distressed assets by banks to reduce NPAs, are some of the drivers that would attract a lot of foreign capital into the Indian real estate market,” Knight Frank India’s ED and head (capital markets), Rajeev Bairathi said. 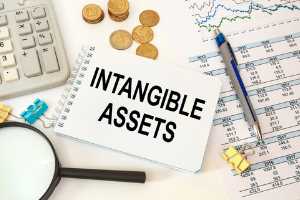