[ecis2016.org] To boost the slowdown-hit real estate sector, the government in its Budget 2017 presentation, announced ‘infrastructure status’ to affordable housing, to encourage investment in this segment and offered tax sops for developers sitting on completed unsold inventories

“We propose to facilitate higher investment in affordable housing. Affordable housing will now be given infrastructure status, which will enable these projects to avail the associated benefits,” finance minister Arun Jaitley, announced in his presentation of the Union Budget 2017-18.

You are reading: Budget 2017: Infrastructure status for affordable housing and other sops

Stating that affordable housing is one of the thrust area of tax proposals, he said: “In my budget proposals last year, I had announced a scheme for profit-linked income tax exemption, for the promoters of affordable housing scheme, which has received a very good response.” To make this scheme more attractive, Jaitley proposed certain changes in the scheme. “First of all, instead of built-up area of 30 and 60 sq metres, the carpet area of 30 and 60 sq metres will be counted.” The 30 sq metre limit will apply only in case of municipal limits of the four metropolitan cities, while for the rest of the country, including in the peripheral areas of metros, the limit of 60 sq metres will apply. In order to be eligible, the scheme was to be completed in 3 years after commencement, he said and proposed to extend this period to 5 years.

The Finance minister also proposed to make a number of changes in the capital gain taxation provisions, with respect to land and buildings. “The holding period for considering gain from immovable property to be long term, is 3 years now. This is proposed to be reduced to 2 years.

Also, the base year for indexation is proposed to be shifted from April 1, 1981 to April 1, 2001 for all classes of assets including immovable property. This move will significantly reduce the capital gain tax liability, while encouraging the mobility of assets. We also plan to extend the basket of financial instruments in which the capital gains can be invested without payment of tax,” Jaitley said.

The government also announced tax sops for builders sitting on a huge unsold stocks, amid a multi-year slowdown in the real estate sector, particularly housing segment. “At present, the houses which are unoccupied after getting completion certificates, are subjected to tax on notional rental income. For builders for whom constructed buildings are stock-in-trade, I propose to apply this rule only after one year of the end of the year in which the completion certificate is received, so that they get some breathing time for liquidating their inventory,” Jaitley said.

Jaitley also announced that the National Housing Bank will refinance individual housing loans of about Rs 20,000 crore in 2017-18. With surplus liquidity created by demonetisation, he said the banks have already started reducing their lending rates, including those for housing. Interest subvention for housing loans has also been announced by the prime minister.

For joint development agreements signed for development of property, Jaitley also clarified that the liability to pay capital gains tax, will arise in the year the project is completed. Stating that the new capital for Andhra Pradesh is being constructed by land-pooling mechanism, without use of the Land Acquisition Act, Jaitley proposed to exempt from capital gain tax, persons holding land on June 2, 2014, the date on which the state was reorganised and whose land is being pooled for creation of the capital city under the government scheme. 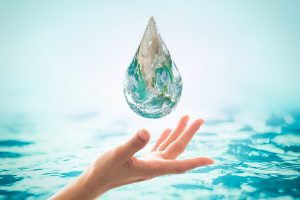