[ecis2016.org] A case of cheating has been registered against the former deputy chief minister of Karnataka, in connection with alleged irregularities in the allotment of government land

The Anti-Corruption Bureau (ACB) has registered a case of cheating against the former deputy chief minister of Karnataka and senior state BJP leader R Ashok, in connection with alleged irregularities in the allotment of government land under a government scheme. The ACB said it received a complaint against Ashok, on land allotment under the ‘Bagair Hukum’ scheme, based on which it carried out investigation.

You are reading: Case against former deputy CM of Karnataka, over land allotment irregularities

[ecis2016.org] BJP accuses CM of denotifying prime land in Bengaluru, in favour of a developer

After the preliminary probe, the ACB registered a case against Ashok under different sections of the Prevention of Corruption Act, besides under section 420 (cheating and dishonestly inducing delivery of property) and 120 (B) (punishment for criminal conspiracy) of the IPC. As an MLA between 1998 and 2006, Ashok headed the Bagair Hukum cultivation regularisation committee, when the irregularities occurred, the ACB said in a press release.

Read also : All about Ind AS 105 for non-current assets held for sale and discontinued operations

The others accused are the tahsildar of Bengaluru south taluk, Ramachandraiah, revenue inspector Gavi Gowda, Chowda Reddy and village accountant Shashidhar, it said. Under the Bagair Hukum land grant scheme, landless farm labourers living below the poverty line and not having a land of their own, are given a maximum of four acres for cultivation. The government demarcates the boundary around the cities and towns, within which no allotment should be made. 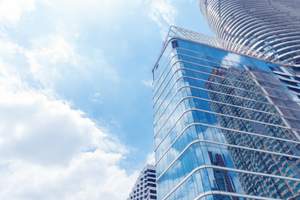