[ecis2016.org] The Joint Committee on the contentious Land Bill has received a fresh extension, till the end of the monsoon session of 2018, to table its report in parliament

Lok Sabha speaker Sumitra Mahajan, on December 18, 2017, informed the house that the term of the Joint Committee on the Land Bill, had been extended till the last day of the monsoon session of 2018, as the report could not be finalised till the extended timeline, which ended on December 15, 2017. Also, the motion seeking its extension could not be moved on December 15, as the proceedings were adjourned after paying obituary to some sitting and former members. “Hence, I have, on behalf of the house, granted extension,” the speaker said.

You are reading: Committee on Land Bill gets extension, as report still not finalised

Some parties have been demanding that the committee be scrapped, because it had served no purpose till now and that the BJP government at the centre had itself lost interest in the ‘Right to Fair Compensation and Transparency in Land Acquisition, Rehabilitation and Resettlement (Amendment) Bill, 2015’. BJP Lok Sabha member Ganesh Singh was appointed chairperson of the committee in July 2016, after his predecessor SS Ahluwalia was made a minister. 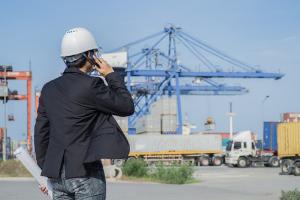