[ecis2016.org] We look at how the move, to shift the Kherki Daula toll plaza in Gurugram, is likely to benefit commuters and the real estate market in the adjoining areas

After numerous complaints of long traffic snarls, the authorities were forced to remove several toll plazas along the Delhi-Gurugram Expressway, bringing relief to thousands of commuters between the two cities. Now, the administration’s decision to shift another toll plaza on the highway at Kherki Daula, is expected to bring relief for people staying in the newer sectors of Gurugram. This toll plaza connects Gurugram to Manesar. With many residential sectors of Gurugram on both sides of the Kherki Daula toll plaza, these residents often complained about the constant traffic jams and queues at the plaza, resulting in long waiting hours for the commuters, even for short distances and demanded that the toll plaza be shifted beyond Manesar, outside the city limits. The government acceded to this demand and in 2017, the union road transport and highways minister, Nitin Gadkari, made an official announcement to shift the Kherki Daula toll eight kilometres towards Manesar.

Ravish Kapoor, director of Elan Group, says that the shifting of the Kherki Daula toll is a long-awaited move. “It will ease congestion in the area, as well as reduce the commuting time for people. It will also boost real estate projects situated along the stretch,” he adds. The shifting of the Kherki Daula toll makes the entire Delhi-Manesar industrial area stretch toll-free. “It is a welcome move, as the Kherki Daula toll plaza has become a major bottleneck on the 27.7-km expressway. The decision is likely to provide much-needed relief to scores of commuters from New Gurugram who cross the toll daily to reach the industrial townships of Manesar, Dharuhera and Bhiwadi. The hassle-free journey will also have a positive social impact,” says Sumit Berry, managing director, BDI Group.

Which areas will benefit after relocation?

Read also : Purvanchal Expressway route, map and latest news 2022: All you need to know about the project

With Kherki Daula going toll-free, the traffic is expected to ease between Gurugram and Delhi also, as people will take the Dwarka Expressway (as an alternate route) to cover the distance to/from Gurugram. The NHAI is also contemplating an interchange near the Kherki Daula toll plaza, which will connect NH-8 with the 16-km-long Southern Peripheral Road (SPR). The SPR in Gurugram is an extension of the Golf Course Road, which originates from the Gurugram-Faridabad Road and intersects with NH-8 near Kherki Daula, after intersecting with Sohna Road. SPR has many sectors on either side of it, particularly Sector 68 to Sector 75A, which have good connectivity with all parts of Gurugram. “Shifting of the Kherki Daula toll plaza will certainly improve connectivity and thereby, drive demand. While we are seeing a revival, it is very slow and the demand that exists, is for the right product at the right price,” concludes Abhishek Singh, chief operations officer, Paarth Infrabuild Pvt Ltd.

Further delay in the toll’s relocation is expected. This is because part of the land on which the toll plaza is planned runs into the Rapid Rail Transit System (RRTS) project. The National Highways Authority of India (NHAI) has been apprised of the fact and has been asked to reduce the number of lanes planned (from 36 to 28) at the proposed toll as suggested by the GMDA. While the NHAI is agreeable, the Gurugram Metropolitan Development Authority (GMDA) has not forwarded its approval since it is awaiting an approval from the forest department for the land transfer. A string of delays has kept the Kherki Daula toll relocation project hanging for the last five years. Another reason for the delay is litigation. Commuters and real estate investors are eyeing a better livability quotient in an around the area in days to come and are awaiting the completion of this project.

Which areas will benefit after Kherki Daula toll relocation?

The SPR in Gurugram is an extension of the Golf Course Road, which originates from the Gurugram-Faridabad Road and intersects with NH-8 near Kherki Daula, after intersecting with Sohna Road. SPR has many sectors on either side of it, particularly Sector 68 to Sector 75A, which have good connectivity with all parts of Gurugram

Is there any flover planned near Kherki Daula toll?

By when will Kherki Daula toll be relocated?

The plan is held up now. This is because the parcel of land where the toll was to be shifted runs into another infrastructure project, that is the RRTS. 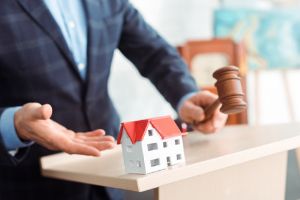 Can reforms in property auctions help real estate during COVID-19? 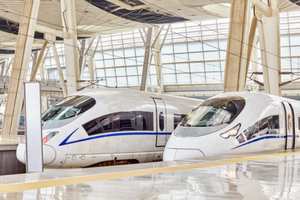 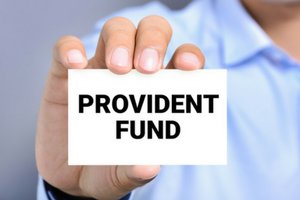 EPF members to get housing subsidy of Rs 2.67 lakhs via HUDCO tie-up