[ecis2016.org] A Delhi court has denied bail to Unitech promoters Ajay Chandra and Sanjay Chandra and sent them to judicial custody for two weeks, in a case of alleged fraud, relating to a project in Gurugram, where the builder failed to deliver possession of flats

A Delhi court, on April 6, 2017, denied bail to Unitech’s promoters, Ajay Chandra and Sanjay Chandra, arrested in a fraud case relating to a Gurugram-based real estate project and sent them to judicial custody for two weeks.

You are reading: Court dismisses bail pleas of Unitech promoters, in fraud case

Metropolitan magistrate Ashu Garg passed the order, after the Delhi Police submitted that the accused may tamper with the evidence and influence the probe. The two were produced before the court after expiry of their five-day police custody and they were sent to judicial custody as the police said their further custodial interrogation was not required.

In their application, the Chandras contended that if granted relief, they will not flee from justice. The counsel appearing for the accused said that his client Sanjay Chandra appears before a special court in a 2G spectrum allocation scam case, on a daily basis. “This proves that he will not flee from justice, as his past conduct is very clean,” advocate Vijay Agrawal said, adding that the court may impose any condition to secure the presence of the accused. “If they don’t come out of jail, how will they solve the grievances of the investors in this case?” the counsel said.

The police, however, opposed the plea, saying that if granted the relief, the accused may tamper with the evidence and influence the ongoing probe. “Sanjay Chandra’s appearance before the 2G court on a daily basis as accused, only suggests that his past conduct is not clean,” the police contended.

The court had, on April 1, 2017, sent both the accused to police custody, after the prosecution said their custodial interrogation was required to find out the alleged money trail, beneficiaries of the transactions and recovery of project-related documents and other evidence. According to the police, the case was registered on July 31, 2015, in compliance of a July 27, 2015 order, passed by a Delhi court on the complaint of Delhi residents Arun Bedi and his mother Urmila Bedi. They had alleged that they were induced by the firm to book a flat in August 2011, in the residential project named ‘Wild Flowers Country’ in Gurugram, for a total consideration of Rs 57.34 lakhs.

They had alleged that after passage of the given period, the builder had not delivered the possession, adding that the firm, in connivance with others, cheated the public at large. Later, 90 more complaints were received against the firm for the same project, which were clubbed with the present FIR. The police claim that around Rs 363 crores was collected by the firm, out of which over Rs 35 crores have been received from 91 complainants who are part of the present complaint. 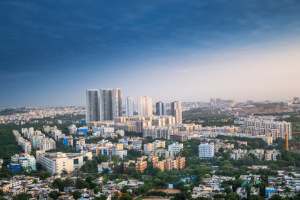 Positive trends that could boost the real estate sector in 2021

Rinfra subsidiary DAMEPL not to enforce arbitral award in its favour: HC informed

GST: How will it impact home buyers