[ecis2016.org] The Supreme Court has refused to allow Jaypee Associates to deposit to Rs 400 crores with its registry, as against Rs 2,000 crores directed by it and asked the real estate firm to submit a substantial amount to prove its bonafide

A Supreme Court bench, headed by chief justice Dipak Misra, on November 6, 2017, refused to allow Jaypee Associates to deposit to Rs 400 crores, saying that the amount was a paltry sum and the firm would have to deposit a substantial amount, to establish its bonafide. The real estate firm, which was asked on September 11, 2017, to deposit Rs 2,000 crores with the apex court registry by October 27, rushed to the top court, saying no company possessed such a huge amount of ‘liquid’ funds and urged that it should be allowed to deposit Rs 400 crores by November 10, 2017.

You are reading: Deposit substantial amount to prove bonafide: SC to Jaypee

“Arrange whatever money you can arrange, but it must be a bonafide exercise,” the bench, which also comprised justices AM Khanwilkar and DY Chandrachud said, when the counsel for the firm said the share holders’ consent would be needed, to sell the assets of the group. The bench then said that the firm may consider depositing at least Rs 1,000 crores by November 13, 2017, with its registry.

The top court had on September 11, 2017, directed Jaypee Associates to deposit Rs 2,000 crores by October 27 and asked the NCLT-appointed interim resolution professional (IRP) to take over its management and work out a plan, to protect the interests of home buyers and creditors. It had also restrained the managing director and directors of Jaypee Infratech Ltd, from travelling abroad without its permission and asked the parent company, Jaypee Associates, to deposit the money.

The top court had asked Jaypee Infratech to hand over the records to the IRP for drafting of a resolution plan, indicating protection of interests of over 32,000 hassled home buyers and creditors. It had also stayed any other proceedings instituted against Jaypee Infratech for any purpose in any forum like the consumer commission, as the IRP has been given control of the company’s management. The court had allowed Jaypee Associates to raise Rs 2,000 crores, by selling land or properties and deposit the amount in the apex court registry.

Read also : Everything you need to know about the Mumbai Metro

The court had also appointed senior advocate Shekhar Naphade as amicus curiae, to assist the proceedings of the IRP, which will submit a resolution plan indicating how to safeguard the interest of home buyers and secured creditors. Additional solicitor general Tushar Mehta, appearing for the Insolvency and Bankruptcy Board, had said that 627 units have been delivered to home buyers since the proceedings against the company began. Home buyers including one Chitra Sharma, had moved the apex court, saying that around 32,000 people had booked their flats and they are now dying and paying the installments.

The top court had, on September 4, 2017, stayed the insolvency proceedings against the real estate firm at the National Company Law Tribunal (NCLT). Flat buyers, under the Insolvency and Bankruptcy Code of 2016, do not fall in the category of secured creditors like banks and hence, they can get back their money only if something is left, after repaying the secured and operational creditors, Sharma, in her plea, said. Hundreds of home buyers have been left in the lurch after the NCLT, on August 10, 2017, admitted IDBI Bank’s plea to initiate insolvency proceedings against the debt-ridden realty company, for defaulting on a Rs 526-crore loan, the plea said.

Punjab land records: How to view jamabandi on PLRS portal? 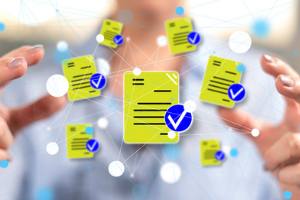 TS-iPASS: All about Telangana’s self-certification system for industries