[ecis2016.org] In a ruling that has positive implications for home buyers who face project delays, the apex consumer commission has slapped a penalty of 12% per annum, on real estate major DLF Ltd, for delaying the possession of flats to 50 buyers in its project in Haryana, saying that it amounted to ‘cheating’

The apex consumer commission on June 7, 2016, slapped a penalty of 12% per annum on real estate major DLF Ltd, to be given to 50 buyers for delaying possession of their flats in its Panchkula project in Haryana, saying it amounted to ‘cheating’.

You are reading: DLF to pay 12% penalty for delaying possession in DLF Valley project

The National Consumer Disputes Redressal Commission (NCDRC) bench, headed by Justice JM Malik, directed the firm to hand over the apartments to buyers as per a list proposed by DLF for scheduled possession, failing which, it will have to pay a penalty of Rs 5,000 per flat per day to the buyers till the project is completed.

“It was the bounden duty of the opposite parties (firm) to put the complainants in possession of the premises in dispute, within 24 months after acceptance of the first installment. It tantamounts to cheating, if one promises one thing and does not do the same thing within time. As a matter of fact, after acceptance of the first installment, the opposite party should have worked against the clock (in a hurry to get the order finished). Mutual and free consent is a sine qua non (essential ingredient of an agreement). The said agreement smacks of high handedness, despotism, arrogance and arbitrariness,” the bench said.

It noted that the homes should have been given by the end of 2012. “Six months is the grace period and six months is the time consumed during the stay order, total time being till 2013,” it noted.

Read also : Everything you need to know about Mivan construction technology

The commission said that those who had got the allotment letters in 2013 or 2014, were entitled to this interest only to the extent of their agreement mentioning 24 months.

“We also impose compensation in the sum of Rs 30,000 to each of the allottee/complainant, towards litigation charges, anger, harassment, anguish, mental agony, frustration and sadness,” it said.

The complainants had applied for flats at DLF Valley, Panchkula, in 2010 and later entered into a contract with the firm. The flats were to be given within 24 months from the date of provisional allotment letters. However, the flats were not delivered by the firm and the buyers approached the NCDRC this year. 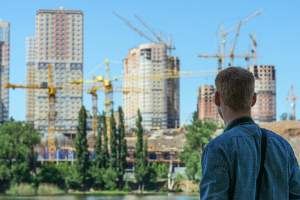 Is the post-RERA period a good time for home seekers to consider under-construction properties? 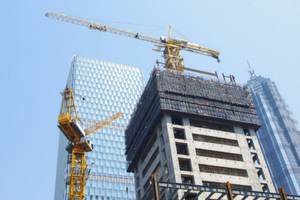 Will the banking mess impact the real estate sector? 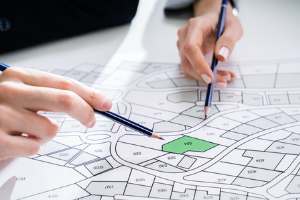