[ecis2016.org] The draw for DDA’s new housing scheme, for which the urban body received over 46,000 applications, would be held around the end of November, a senior official said

The date for the draw for the Delhi Development Authority’s (DDA’s) 2017 housing scheme has almost been finalised, a DDA official has revealed. “It will be close to November end,” the DDA official said. The DDA is offering 12,000 flats across four income categories in Rohini, Dwarka, Narela, Vasant Kunj, Jasola, Pitampura, Paschim Vihar and Siraspur. Of the total number of flats, around 10,000 unoccupied ones are from the 2014 housing scheme, while 2,000 have been lying vacant.

You are reading: Draw for DDA housing scheme to be held towards the end of November 2017

The 2017 housing scheme, which offers flats ranging from close to Rs seven lakhs to over Rs 1.26 crores, was launched on June 30, 2017. After the closure of the extended deadline for submission of forms, about 90,000 forms were sold. “The deadline ended on September 11, 2017 and the total number of applications received stand at over 46,000. The last date for applying for any rectification in forms ended on November 10, 2017,” another senior DDA official said. The draw of the lots is likely be streamed online.

The DDA has made every possible effort to address all concomitant issues, including water supply and transportation, DDA’s principal commissioner (housing) JP Agarwal said. On June 28, 2017, he had said that the Delhi Jal Board had committed to the DDA, to ensure water supply in all areas where it is lacking. “We have also written letters to the Delhi Metro and DTC authorities, seeking transport infrastructure in these areas,” he had said.

The 2014 scheme offered 25,040 flats across categories, with prices ranging between Rs seven lakhs and Rs 1.2 crores. The online response was so massive that the DDAs official website crashed, soon after the launch. The one-bedroom flats were offered in Dwarka, Rohini, Narela and Siraspur areas. 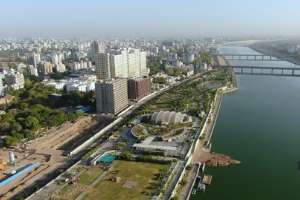 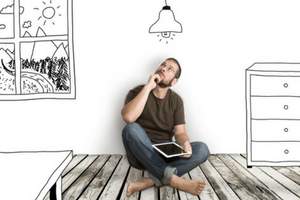