[ecis2016.org] The proportion of green area in the National Capital Region, has declined by nearly 1% between 1999 and 2012, the centre has said

As per the information received from the Ministry of Urban Development, the proportion of green area in the National Capital Region (NCR) has declined from 4.26% in 1999, to 3.30% in 2012, environment minister Anil Madhav Dave has revealed, in a written reply dated April 3, 2017.

Dave said the development and maintenance of green cover in urban areas, including the protection of trees, was within the purview of urban local bodies and urban development authorities. These authorities make continuous efforts to plant trees to enhance the green cover, including tree plantation drives involving the local people, he said.

On the measures to enhance green cover, the union minister noted that the Green India Mission has been implemented by the Environment Ministry, which aims at enhancing the tree cover in 0.20 million hectare of urban and peri-urban areas, including institutional lands. Further, the Environment Ministry has implemented an urban forestry scheme namely ‘Nagar Van-Udyan Yojana’ on a pilot basis, to create 200 city forests in the country in next five years, he said.

The Atal Mission for Rejuvenation and Urban Transformation (AMRUT) implemented by the Ministry of Urban Development, also has the objective of increasing the amenity value of cities by developing greenery and well-maintained open spaces, Dave added.

Precautions that brokers must follow, while taking clients for site visits during COVID-19

All about Bihar RERA 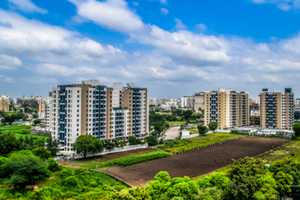 Hinjewadi: A property destination that offers a ‘24×7’ lifestyle