[ecis2016.org] The fate of hundreds of flat buyers of Supertech’s project in Greater Noida, hangs in balance as the builder and the Yamuna Expressway Industrial Development Authority have locked horns, over the issue of completion certificate for the project

The Yamuna Expressway Industrial Development Authority (YEIDA) has cancelled the building map of Supertech’s first phase of the 100-acre township project ‘Upcountry’, saying that it was submitted as per the building bye-laws of 2010, which provided for 40% of ground coverage.

YEIDA maintains that the map should have been according to the 2009 building bye-laws, which allow only 25% of ground coverage.

Apparently, the building plan was initially approved in 2011, on the basis of a recommendatory letter purportedly from a senior Uttar Pradesh government official, whose authenticity has come into question and the matter is being probed.

The builder, on the other hand, argues that since the project was sanctioned in 2011, it could not apply as per the bye-laws of 2009.

“The building map for part completion of the project has been cancelled. The map submitted by Supertech in October 2015, was not as per the Uttar Pradesh government’s building bye-laws of 2009,” YEIDA CEO, Arun Vir Singh, told PTI.

“We have not scrapped the project. Investors are safe,” he said, adding that if the company applies as per the 2009 bye-laws, the completion certificate would be issued immediately.

The CEO said that the Authority had received a letter in 2011, purportedly signed by Alok Kumar, secretary – industrial development, in the Uttar Pradesh government, recommending that the benefit of building bye-laws of 2010 be given to Supertech, as construction work had not started in the project. “We have been informed that this letter was not issued under the reference number mentioned on it. Therefore, we have ordered an internal inquiry, to find out the truth. The state’s industrial development department is also looking into this matter,” Singh added.

Giving his side of the story, Supertech’s chairman, RK Arora, said that the plot was allotted in June 2010 and was registered in August 2010. “We applied for the building plan’s approval and it was sanctioned in October 2011, as per the 2010 building bye-laws. However, when we applied for the completion certificate, last year, the Authority said that the approval had been given wrongly. We were told to revise the building plan, as per the 2009 bye-laws,” Arora explained.

Last month, Supertech was asked to seal over 1,000 units at a housing project in Greater Noida, by local authority GNIDA, for allegedly constructing them without approvals. In April 2014, the Allahabad High Court had ordered the demolition of the company’s two 40-storey towers in a Noida housing project. Supertech has challenged the order in the apex court. 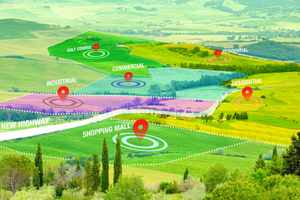 Types of land use in India: All you need to know 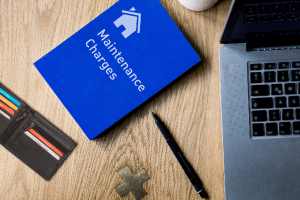 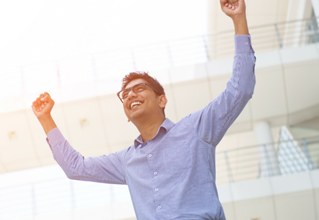