[ecis2016.org] The Comptroller and Auditor General, in a report, has blamed the lack of coordination among agencies, as the main hindrance in preparing a plan for road networks in Delhi

The Delhi urban development department has not set up any mechanism of coordination among multiple agencies, to prepare a plan for developing road networks, resulting in hindrance in the works required for coping up with the increasing number of vehicles in the city, the Comptroller and Auditor General (CAG) said, in a report.

You are reading: Lack of coordination among agencies hampering road development in Delhi: CAG

According to the report tabled by deputy chief minister Manish Sisodia, there was also no effective mechanism, for citizens to report their grievances regarding specific roads to the agencies concerned, for redressal.

Read also : Telangana to replace about 4,000 transport vehicles with electric ones

“Multiple agencies were responsible for Delhi’s road network. The urban development department did not establish any mechanism, to coordinate the efforts of these agencies to prepare a perspective plan and the lack of which, hindered the effective planning and coordination in developing Delhi’s road network in a phased manner, to cope up with the ever-increasing population of vehicles in the city,” it stated.

In the report, the CAG also slammed the South Delhi Municipal Corporation (SDMC), saying that the civic body failed to recover mobilisation advance and interest of Rs 1.07 crores from a contractor, though the work was abandoned by the contractor in 2013.

It also said, “Incomplete remodelling of Karawal Nagar Road from Wazirabad Road to Shiv Vihar Tiraha, by the East Delhi Municipal Corporation, resulted in unfruitful expenditure of Rs 8.34 crores. In 11 works, an expenditure of Rs 8.09 crores was incurred, by providing bitumen mastic carpet without constructing base course.”

The report stated that the Delhi government had, in 2007, approved a scheme for widening, improving, strengthening and beautification of GT Road, from the eastern approach of ISBT to Uttar Pradesh border. “Project II Division, Shahdra (north), however, in an unauthorised manner, diverted the funds received under this scheme for construction of RCC drain from New Seelampur to Shiv Mandir.

The stipulated date of completion of the work was May 2013. The MCD paid Rs 1.08 crores to the contractor till November 2013 and no progress of the work was recorded thereafter,” the report stated. 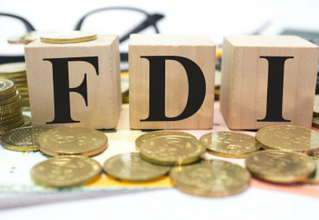 Is FDI relaxation aimed at attracting investment in smart cities?

The home buyers’ guide to choosing the right amenities