[ecis2016.org] Delhi’s Lt Governor has asked the DDA to compile data on encroachment of its land and prepare a plan to remove the same, while also suggesting other measures to prevent further land grabbing

Lt Governor Anil Baijal on February 22, 2017, tasked the Delhi Development Authority (DDA), with preparing a year-wise data of encroachment on its land in the national capital and devising an action plan to free it. The LG issued the order at the fortnightly meeting with the land-owning agency at Raj Niwas, where he also approved a plan on ‘Digital Delivery of all Services in DDA’ in a time-bound manner.

Senior DDA officials, including its vice-chairman Uday Pratap Singh, were present at the meeting, where the action taken report of the last meeting on ‘Land Management Issues’ was presented. The LG also directed the DDA to set up more ‘Nagrik Suvidha Kendras’ (citizen facilitation centres) in various parts of the city.

“The DDA’s online portal must have a public grievance redressal mechanism, so that there is minimal human interface. Geo referencing of vacant plots should be done, in coordination with the GSI (Geological Survey of India) and NRSA (National Remote Sensing Centre). Two months’ time has been given to the Land Management Wing of the DDA, to compile year-wise data of encroachment of DDA land, along with an action plan for removal of encroachments,” said a Raj Niwas statement, laying out the direction issued.

The agency was also asked to identify pockets of plots and areas, where layout plans have still not been made so that they could be notified as ‘green’ to prevent further encroachment.

Baijal noted that the initiative should be implemented as a turnkey project, where a project is developed and sold to a buyer as a completed product, in a time-bound manner which would ease service delivery.

India is one of best places for global realty investments: Report 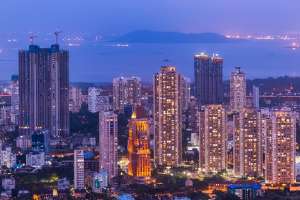 How can the new government expedite the real estate sector’s recovery?