[ecis2016.org] Maharashtra chief minister Devendra Fadnavis has said that the state government is planning to amend some redevelopment laws, including allowing forceful eviction of tenants in some cases, to prevent building collapses

In the backdrop of the Bhendi Bazaar building collapse that killed 34 people in Mumbai, Maharashtra chief minister Devendra Fadnavis, on September 8, 2017, said that the state was planning to make some amendments to the redevelopment laws, to prevent such mishaps in the future.

You are reading: Maharashtra to amend redevelopment laws, to prevent building collapses

Read also : Maharashtra might have uniform development control rules for municipal bodies in the MMR

Fadnavis said his government is planning some amendments to the laws, to forcefully evict tenants of dilapidated buildings. “If a structure is declared dilapidated and if 51 per cent of the tenants have vacated the premises, then, we will forcefully evict the remaining tenants, after making arrangements for their rehabilitation,” he asserted.

On August 31, 2017, the 117-year-old Husaini building in the Bhendi Bazaar area of south Mumbai crashed, killing 34 people, including a 20-day-old baby. The tragedy occurred after two days of heavy rains that had many areas in the megapolis under the water and slush.

“Every year, authorities like the BMC and MHADA, issue notices to tenants of structures declared as dilapidated and dangerous to live in. In the recent case, while a few tenants had already vacated the building, some did not, leading to the tragedy,” he said. Fadnavis recently said his government had decided to include a special provision in the development control rules (DCR), for redevelopment of dilapidated buildings in the city and suburbs.

He had also said that the cooperation department had decided to give deemed conveyance to societies that did not have occupancy certificates, so that they could benefit from the redevelopment schemes, which currently they could not, as their redevelopment was stuck.

Life in Chembur: Queen of the eastern suburbs but pollution a concern 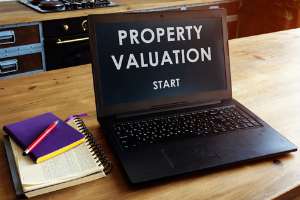