[ecis2016.org] In an effort to improve connectivity within the state, the Maharashtra cabinet has announced that it will develop 10 airports in the state, as part of the centre’s ambitious regional connectivity plan

The Maharashtra government has signed an agreement with the Civil Aviation Ministry and the Airports Authority of India, for developing 10 airports in the state under the centre’s regional connectivity scheme (RCS).

You are reading: Maharashtra to get 10 new airports

RCS, which is part of the ambitious National Civil Aviation Policy 2016, is aimed at developing regional connectivity through fiscal support and infrastructure development from the centre.

The cabinet decided to develop airports at Shirdi, Amravati, Gondia, Nashik, Jalgaon, Nanded, Solapur, Kolhapur, Ratnagiri and Sindhudurg in the first phase, an official from the General Administration Department said.

“The MoU, signed in the presence of Civil Aviation Minister Ashok Gajapathi Raju, aims to facilitate regional air connectivity by making it affordable, by enacting different concessions offered by centre, the state government and the operators. I am confident that with this MoU, aviation in Maharashtra will definitely move to the next level,” chief minister Devendra Fadnavis said.

The CM added that out of the 10 airstrips, Shirdi and Nanded are state government-owned and the Nanded airport will be functional from November. “For development of the greenfield international airport at Rajgurunagar (New Chakan), the Airport Authority will send a team for preliminary study in the first week of September, 2016,” the CM said. He said that for building heights in BKC and Wadala notified areas, an International Civil Aviation Organisation (ICAO) survey will be completed soon and its final report is expected by December, 2016.

As per the MoU, the state government will reduce the Local Body Tax (LBT) on air fuel from existing 10% to 1% for a period of 10 years. 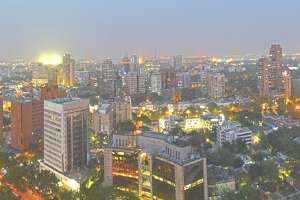 Posh residential areas in Delhi: Know the most expensive localities of Delhi

Delhi staring at power blackout due to coal shortage: AAP government to centre