[ecis2016.org] Acknowledging the constraints in raising large funds for infrastructure projects, the Maharashtra government, in its budget for 2017-18, has proposed to set up a special purpose vehicle, which will raise Rs 1 lakh crore, to finance key projects

Envisaging an investment of Rs 1 lakh crore in the next five years in the infrastructure sector, the Maharashtra government, on March 18, 2017, proposed to set up a special purpose vehicle (SPV) to raise the fund. The SPV, ‘Mahainfra’, was announced by finance minister Sudhir Mungantiwar, while presenting the budget in the assembly.

You are reading: Maharashtra to set up infrastructure SPV to raise Rs 1 lakh crore

Mungantiwar said infrastructure development is one of the top priorities of the BJP-led government.

“However, infrastructure requires a large sum of capital. In the next five years, we envisage that about Rs 1 lakh crore will be required, to finance key projects,” he said. Given the constraints in raising such a huge amount, there is a need to look at alternative methods to generate funds for infrastructure development, he added.

‘Mahainfra’ would help raise Rs 1 lakh crore. The SPV is proposed to act as a single window for aggregating lands, held by various departments, for securitisation. Lands which are neither in use nor expected to be developed by the holding department for 10 years, will be used for projects, he said. The SPV would be a need-based financing, fund raising and advisory agency. The government is exploring the possibility of converting Mahainfra into a non-banking financial company on lines of Gujarat State Financial Services Ltd, he added. 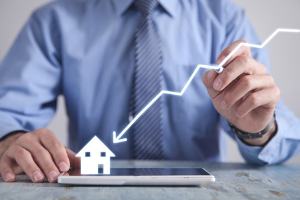