The official liquidator of the Bombay High Court, on February 7, 2018, told the Supreme Court that Mahindra Lifespaces and the Piramal Group have shown interest in purchasing the Sahara Group’s Aamby Valley properties, but at present, they are conducting due diligence. The liquidator sought permission from the top court to sell the properties in parts, as the auction process, initiated in October 2017 and in January 2018, had failed with no bidder coming forward.

A special bench, comprising chief justice Dipak Misra and justices Ranjan Gogoi and AK Sikri, allowed the liquidator to sell all movable and immovable properties in Aamby Valley in parts, in consultation with the two receivers, with the guidance of the company judge of the Bombay High Court. At the outset, senior advocate Arvind Datar, appearing for market regulator Securities and Exchange Board of India (SEBI), said that the Sahara Group owed Rs 11,569.8 crores to the investors, which was strongly refuted by senior counsel Vikas Singh, representing Sahara chief Subrata Roy and others. Singh said that the verification of investors should be done and the Sahara Group has digitised the entire records of investors after spending Rs 50 crores.

To this, the bench said that much water had flown down the river and the contemnors (Sahara chief and others) now, should focus on returning the money. The court also made the Sahara Group’s utility firms, which look after the water supplies, electricity and other maintenance works in Aamby Valley, spread over an area of around 43 sq kms, as agents of the receivers and directed them to ensure that valuation of the properties, to be auctioned, did not fall. It also confirmed the symbolic possession of the properties to the receivers and restrained any other court across the country, from entertaining or passing any order with respect to Aamby Valley. The top court asked SEBI to reimburse the cost incurred by the liquidator and the receivers, after the approval of the company judge.

The apex court also granted permission, for survey of the properties and appointment of an architect for valuation of parts of Aamby Valley that includes an international school, golf course, aerodrome and water sports areas, which are to be sold separately. “You (official liquidator) get the properties surveyed and sell them. The money so received shall be deposited and apprise us about them in two months,” the bench said and posted the matter for hearing on April 12, 2018.

On November 23, 2017, the apex court had granted liberty to two Bombay High Court judges, to adopt procedures to facilitate the auctioning of the properties and directed the liquidator not to allow any obstruction in the process. It had also warned Sahara Group chief Subrata Roy, facing contempt proceedings, that it may send him to jail again, following SEBI’s submission that there was confusion with regard to the title or ownership of some properties in Aamby Valley. The Sahara Group had earlier sought 18 months, to repay around Rs 9,000 crores balance of the principal amount of Rs 24,000 crores. The top court had directed the official receivers of the Bombay High Court, to act as custodian of the properties, till the conclusion of auction.

Earlier, the apex court had taken strong exception to the Sahara Group allegedly obstructing the auctioning process and warned that anyone indulging in such an act, would be held liable for contempt and ‘sent to jail’. Roy, who has spent almost two years in jail, has been on parole since May 6, 2017. The parole was granted the first time, to enable him to attend the funeral of his mother. It has been extended since then. Besides Roy, two other directors – Ravi Shankar Dubey and Ashok Roy Choudhary – were arrested for the failure of the Group’s two companies – Sahara India Real Estate Corporation (SIRECL) and Sahara Housing Investment Corp Ltd (SHICL) – to comply with the court’s August 31, 2012 order, to return Rs 24,000 crores to their investors. 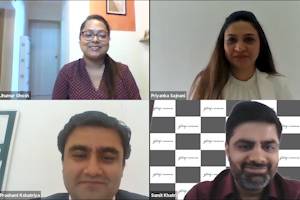