[ecis2016.org] The Delhi HC has ruled that service tax cannot be levied on agreements between buyers and builders, for flats in an under-construction building but upheld the applicability of service tax on preferential location

The Delhi High Court has ruled that no service tax can be levied, in respect of the agreements entered into between buyers and builders for flats in an under-construction building in a housing project.

You are reading: No service tax on purchase of under-construction flats: Delhi HC

A bench of justices S Muralidhar and Vibhu Bakhru, however, noted that service tax could be levied on the amount charged by the builders, for preferential location of the flat, saying that it was based on the preferences of customers and amounted to value addition.

The order came on petitions filed by several persons who had entered into separate agreements with M/s Sethi Buildwell Pvt Ltd, to buy flats in a multi-storeyed group housing project developed by the builder in sector 76 in Noida in Uttar Pradesh.

[ecis2016.org] Delhi HC’s ruling on no service tax: How it affects home buyers

The bench said that the government shall examine, whether the builder, in this case, has collected any service tax from the petitioners and if such amount has been deposited with it, the money shall be refunded to them with 6% interest.

“The impugned explanation (inserted by virtue of Finance Act 2010), to the extent that it seeks to include composite contracts for purchase of units in a complex within the scope of taxable service, is set aside,” it said.

Service tax on PLC to remain

The bench noted that service tax cannot be levied on the value of undivided share of land acquired by a buyer of a dwelling unit, or on the value of goods which were incorporated in the project by a developer. It also said there was no ‘machinery provision’ to ascertain the service element involved in the composite contract. 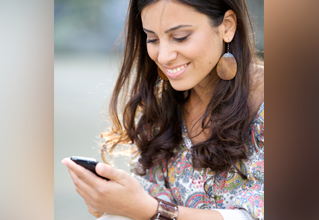