In order to make our infrastructure disaster-resilient, India will launch a Coalition for Disaster Resilient Infrastructure, prime minister Narendra Modi announced, at the UN Climate Action Summit, on September 23, 2019. “I invite member states to join this coalition,” Modi said. The summit is being hosted by Secretary General Antonio Guterres.

The Coalition for Disaster Resilient Infrastructure, will be a grouping of about 30 developed and developing nations. The Coalition aims to work towards a common goal, of having infrastructure that is resilient to climate and disaster. For the Coalition, India is working with countries like the UK and small island states like Fiji and Maldives, who face problems of climatic nature.

India’s Permanent Representative to the UN Ambassador Syed Akbaruddin had said last week that through the Coalition, “What we intend to do, is to leverage that ability to work across the board and to bring to the table a group of countries who are ready to address issues of infrastructure. Whenever there is a cataclysmic climate event, infrastructure gets undermined and overwhelmed very quickly and it becomes very difficult for developing countries or countries who do not have the economic wherewithal to address these,” he said.

Environmental experts have cautiously welcomed prime minister Narendra Modi’s pledge, to double India’s renewable energy target to 450 gigawatts, saying while his aim was ‘ambitious’, its implementation may not be easy

September 23, 2019: Speaking at the UN Climate Action Summit in New York, prime minister Narendra Modi gave a clarion call for a ‘global people’s movement’, to bring about a behavioural change to deal with climate change, as he made a path-breaking pledge to more than double India’s non-fossil fuel target to 450 gigawatts. Reacting to his speech, environmentalist Chandra Bhushan said, “The prime minister has given a very positive and ambitious roadmap for India to tackle climate change. The pledge of increasing renewable energy capacity to 450 GW, means the PM is serious about reducing carbon emissions. 450 GW is the most ambitious target ever set.”

However, some environmentalists felt that renewable energy was costly and achieving the set target might not be easy. “The move to increase non-fossil fuel is very good. I appreciate his speech. However, we are yet to see how it will be done and where will the funds be raised from, as renewable energy is costly. His plan seemed ambitious,” NGO Social Action for Forests and Environment founder, Vikrant Tongad said, adding that its implementation is to be seen.

Another environment activist and advocate, Gaurav Bansal, however, opined differently, saying the need of the hour was to ensure that renewable energy does not harm the environment. “Instead of blindly making targets of increasing renewable energy, the government must look into the concern that it does not harm the environment. Renewable energy can be used to generate electricity and according to recent reports, power lines have become the reason for killing several species of birds. Implementation of the highly ambitious target is also to be seen,” he said.

In his short speech, Modi also talked about his government’s ambitious ‘Jal Jeevan Mission’ for water conservation, rainwater harvesting and for the development of water resources, saying India will spend USD 50 billion on the project in the next few years. “The PM’s aim to spend USD 50 billion for water conservation shows how serious he and the country are, about the impact of climate change,” Bhushan said. Expressing similar views, Tongad said, “Water crisis is real and existent in India and it requires urgent attention. So far Jal Shakti Abhiyaan has not done much but the PM’s initiative to make such a huge investment is praise worthy. We have to see from where the funds will be drawn.”

While countries need to increase investments on renewable energy and reduce spending on traditional sources, to meet the targets in the Paris Agreement, the trend witnessed in 2018 was the opposite, the IEA has warned

AFP, May 14, 2019: The world must double spending on renewable power and slash investment in oil and coal by 2030, to keep the Paris climate treaty temperature targets in play, the International Energy Agency (IEA) said, on May 14, 2019. For that to happen, however, trend lines on both fronts moved in the wrong direction last year, the agency reported, in its 4th annual World Energy Investment overview.

Money going into new upstream oil and gas projects – exploration, drilling and infrastructure – rose 4% in 2018, while investment in new coal sources went up by 2%, the first increase in that sector since 2012. At the same time, investment in new renewable power of all kinds dipped by about 2%. In total, global energy investment in 2018 – split across the fuel supply and electric power sectors – totalled USD 1.85 trillion, about the same as in 2017, the IEA reported. This two-year plateau, following three years of slow decline, reflects uncertainty across the industry as to what the future holds.

“Governments have not clearly committed, nor have they clearly not committed, to reaching the Paris Agreement goals,” Mike Waldron, an IEA energy investment analyst, told journalists ahead of the report’s release. The 2015 treaty enjoins nations to cap global warming at ‘well below’ two degrees Celsius (3.6 Fahrenheit). A landmark UN report in October 2018, concluded that CO2 emissions must drop 45% by 2030 – and reach ‘net zero’ by 2050 – if the rise in Earth’s temperature is to be checked at the safer limit of 1.5 degrees C. The planet’s surface has already warmed 1 degree C since industrialisation began and is on track to heat up another 3 degrees C by century’s end – a recipe for human misery on a global scale, scientists say.

The lack of clear policy direction on climate change has steered energy investors towards projects with shorter lead times, and could contribute to a future gap between supply and demand, according to the report. On current trends, money going to develop all types of energy – especially oil, gas and coal – will fail to meet projected global energy needs over the next decade, it found. “The world is not investing enough in traditional elements of supply to maintain today’s consumption patterns,” IEA executive director Fatih Birol said. “Nor is it investing enough in cleaner energy technologies to change course. Whichever way you look, we are storing up for risks in the future,” Birol said.

At a country level, China continued to be the largest market for energy investment in 2018 but its lead narrowed. India had the second-largest jump in investment, after the United States. The poorest regions of the world, however, continue to see a disproportionate lack of money for new energy of any kind. Sub-Saharan Africa, for example, ‘only received around 15% of investment in 2018, even though it accounts for 40% of the global population’, the IEA said. 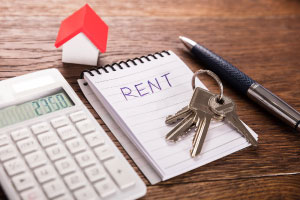 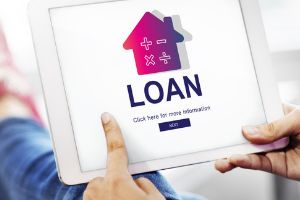