[ecis2016.org] In a bid to hasten the resolution of bad loans, the RBI has tightened rules, to make banks identify and tackle any non-payment of loans rapidly, a move the government said should act as a ‘wake-up call’ for defaulters

The Reserve Bank of India (RBI), on February 12, 2018, abolished half a dozen existing loan-restructuring mechanisms and instead, provided for a strict 180-day timeline for banks to agree on a resolution plan, in case of a loan default or else, refer the account for bankruptcy. Following this notification, financial services secretary Rajiv Kumar, said the new rules are a ‘wake-up call’ for defaulters. “The government is determined to clean up things in one go and not defer it. It is a more transparent system for resolution,” he said.

You are reading: RBI’s new norms on bad loans a wake-up call for defaulters: Government

Under the new rules, insolvency proceedings would have to be initiated in case of a loan of Rs 2,000 crores or more, if a resolution plan is not implemented within 180 days of the default. Banks will face penalties, in case of failure to comply with the guidelines, the RBI said. The financial services secretary said the RBI’s decision, would not have much impact on the provisioning norms for banks. The revised framework has specified norms for ‘early identification’ of stressed assets, timelines for implementation of resolution plans and a penalty on banks, for failing to adhere to the prescribed timelines.

The RBI has also withdrawn the existing mechanism, which included Corporate Debt Restructuring Scheme, Strategic Debt Restructuring Scheme (SDR) and the Scheme for Sustainable Structuring of Stressed Assets (S4A). The Joint Lenders’ Forum (JLF) as an institutional mechanism for resolution of stressed accounts, also stands discontinued, it said, adding that ‘all accounts, including such accounts where any of the schemes have been invoked but not yet implemented, shall be governed by the revised framework’.

Under the new rules, banks must report defaults on a weekly basis, in the case of borrowers with more than Rs five crores of loan. Once a default occurs, banks will have 180 days, within which to come up with a resolution plan. Should they fail, they will need to refer the account to the Insolvency and Bankruptcy Code (IBC), within 15 days. Last year, the government had given more powers to the RBI, to push banks to deal with non-performing assets (NPAs) or bad loans. The gross NPAs of public sector and private sector banks, as on September 30, 2017, were Rs 7,33,974 crores and Rs 1,02,808 crores, respectively.

“In view of the enactment of the IBC, it has been decided to substitute the existing guidelines with a harmonised and simplified generic framework for resolution of stressed assets,” the RBI said in the notification. As per the revised guidelines, the banks will be required to identify incipient stress in loan accounts, immediately on default, by classifying stressed assets as special mention accounts (SMAs), depending upon the period of default. Classification of SMAs would depend on the number of days (1-90), for which principal or interest have remained overdue.

“As soon as there is a default in the borrower entity’s account with any lender, all lenders – singly or jointly – shall initiate steps to cure the default,” RBI said. The resolution plan (RP) may involve any actions/plans/reorganisation including but not limited to regularisation of the account by payment of all over dues by the borrower entity, sale of the exposures to other entities/investors, change in ownership, or restructuring. The notification said that if a resolution plan in respect of large accounts is not implemented as per the timelines specified, lenders will be required to file insolvency application, singly or jointly, under the IBC, 2016, within 15 days from the expiry of the specified timeline.

All lenders are required to submit reports to the Central Repository of Information on Large Credits (CRILC) on a monthly basis, effective April 1, 2018. In addition, the lenders shall report to CRILC, all borrower entities in default (with aggregate exposure of Rs five crores and above), on a weekly basis, at the close of business every Friday, or the preceding working day, if Friday happens to be a holiday. The first such weekly report shall be submitted for the week ending February 23, 2018, the notification said.

The new guidelines have specified framework for early identification and reporting of stressed assets. In respect of accounts with aggregate exposure of the lenders at Rs 2,000 crores and above, on or after March 1, 2018 (reference date), the resolution plan should be implemented within 180 days. “If in default after the reference date, then, 180 days from the date of first such default,” the notification said. 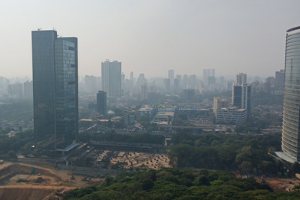 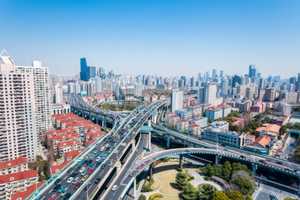 Pallavaram in Chennai: A good bet for residential real estate? 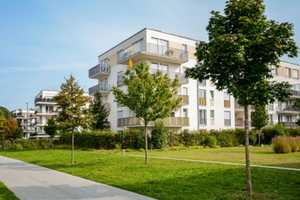