[ecis2016.org] The Haryana government is planning an authority for the development of the Kundli-Manesar-Palwal Expressway stretch, while the RERA Authority for Gurugram has also been finalised, the state’s chief minister has said

Addressing an event, after inaugurating projects to the tune of Rs 100 crores in Pataudi, Haryana chief minister Manohar Lal Khattar said that the government was planning an authority for the development of industries on the Kundli-Manesar-Palwal (KMP) Expressway, to ensure progress and jobs. Khattar added that the Real Estate Regulatory Authority was also being constituted to resolve matters related to developers. He said that one authority would be for Gurugram and another for the rest of the districts.

You are reading: RERA for Gurugram finalised, development authority for KMP Expressway on the anvil

“The RERA Authority has been finalised and names of the members will soon be announced,” said the chief minister. He said the Gurugram Metropolitan Development Authority (GMDA) had been constituted for the overall development of the district. “Now, all the developmental schemes of this district would be formulated by this authority and there would be no need to go to Chandigarh for this,” he said. 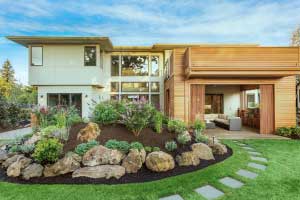