[ecis2016.org] The residential real estate sector in India has witnessed a revival after demonetisation, with sales increasing by 13 per cent and new launches up by 19 per cent across the top nine cities of India, with Mumbai leading the revival, according to a report by PropTiger

PropTiger.com, on April 26, 2017, released the findings of its ‘Realty Decoded Report’ for the January-March quarter of the financial year 2016-17 (Q4, FY17). As per the report, the real estate sector in India has witnessed a revival after demonetisation, with sales increasing by 13 per cent, as compared to a 22 per cent fall in the previous quarter, across the top nine cities of India. The total sales increased from 43,500 units in Q3 FY17 to 51,700 units in Q4 FY17. There has been an increase in the number of launches across these cities by 19 per cent, the highest in the last eight quarters. Around 51,500 units were launched in Q4 FY17, as compared to 43,250 units during the preceding quarter.

You are reading: Residential sales up by 13%, launches by 19% in Q4 FY17: PropTiger’s Realty Decoded report 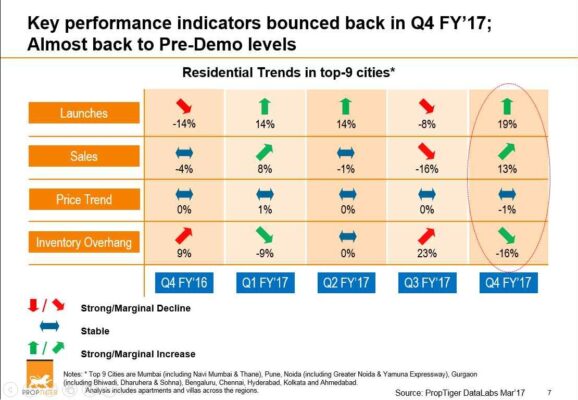 The report further highlights that the surge in the volume was primarily driven by Mumbai, Pune and Bengaluru, which together accounted for 57 per cent of the total sales across the top nine cities in Q4 FY17. Mumbai contributed nearly 23 per cent to the total sales during the quarter, followed by Pune at 18 per cent and Bengaluru at 16 per cent. As far as launches are concerned, Mumbai contributed a maximum share of 26 per cent to total launches, followed by Hyderabad at 14 per cent and Gurgaon at 13 per cent.

Commenting on the report, Anurag Jhanwar, business head (consulting and data insights), PropTiger.com, ecis2016.org and Makaan.com, said: “Residential markets seem to have recovered from the demonetisation lows, with sales and launches showing healthy levels in Q4 FY17. A large part of this recovery, is driven by the affordable housing segment, which has found favour after getting infrastructure status. We might witness a realignment of supply and demand, with the implementation of RERA. While we might see some turbulence over the next couple of quarters, the long-term outlook remains positive.” 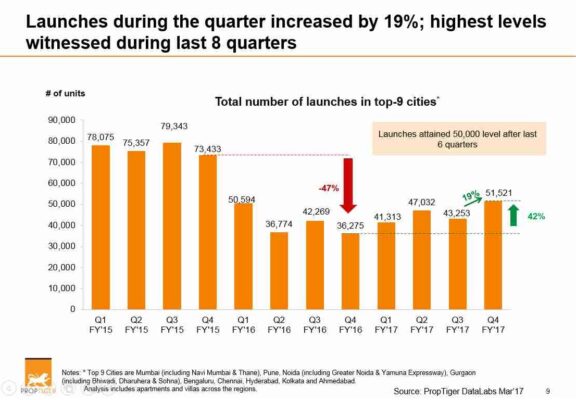 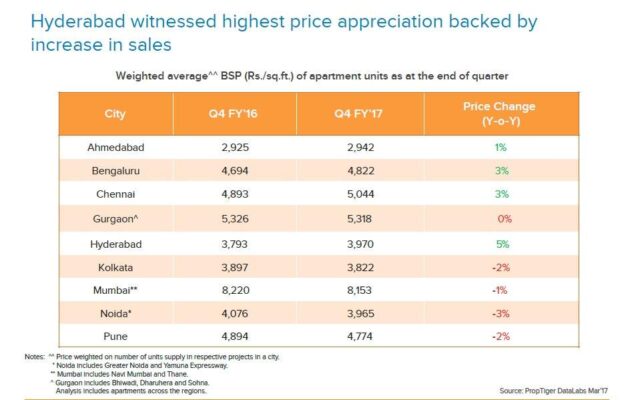 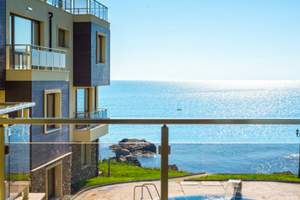 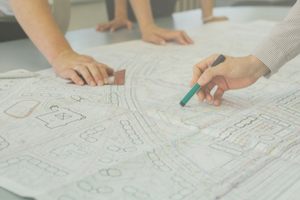 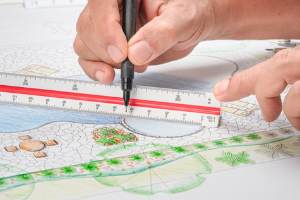 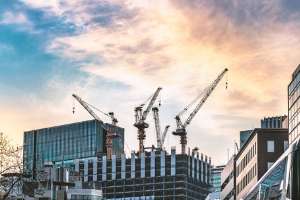 Over 200 affordable housing projects planned under the Smart City Mission in Karnataka: CBRE 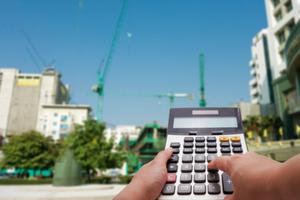 RERA may push up construction costs by 10 per cent