[ecis2016.org] In what can be seen as a possible recovery in the housing market, sales improved by 29.3 per cent year-on-year during the April to December period of 2017, while the time taken to clear the inventory went down to 12 quarters, says a report

Real estate companies sold 17.26 million sq ft during the nine months from April to December 2017, against 13.35 million sq ft in the year-ago period (a rise of 29.3 per cent), according to rating agency ICRA, which considered a sample size of 11 listed entities. The quarter-to-sell (QTS) or the time required to sell the available inventory, also decreased to 12 quarters, compared with 14 at the end of March 2017, primarily driven by a healthy pick-up in sales velocity, it said.

The value of the area booked during the nine months also rose to Rs 11,651 crores, from Rs 9,205 crores in April-December 2016. According to Shubham Jain, vice-president and sector head, ICRA, the real estate sector, especially the large listed players, appears to be at the cusp of a possible recovery with the QTS improving. “The pick-up in demand, coupled with the limited new launches, has resulted in an improvement in the QTS, which is being viewed as an early sign of recovery, especially for the organised players gaining market share,” he said.

New launches also dropped to 10.8 million sq ft, against 18.7 million sq ft, with the developers focusing more on the execution of ongoing projects, said Jain. Further, ICRA said that there has been a cautious approach towards new launches, given the muted demand over the last few years. The report revealed that there has been a three per cent decline in collections at Rs 9,456 crores in the April to December period last year, compared with Rs 9,735 crore over the same period a year ago.

Jain attributed the moderation in collections partly to the impact of the Real Estate (Regulation and Development) Act (RERA) implementation during the year, wherein finalisation of sale agreements and collections from new sales saw disruptions in some states. “Moreover, in the backdrop of muted demand, we believe the developers have been pushing sales through various marketing schemes like possession-linked plans, subvention, among others,” he said.

ICRA further noted that the housing sector continues to witness a phase of stabilisation and consolidation, post the demonetisation drive in November 2016 and later the implementation of the RERA and the goods and services tax. “These events have been game-changers, creating a more transparent and well-balanced sector and developing stakeholder confidence in it,” the agency said. 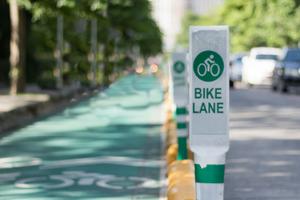 Is Igatpuri a weekend home destination worth investing in?