[ecis2016.org] The Supreme Court has granted an extension to real estate firm Jaiprakash Associate Limited, till January 25, 2018, to deposit an installment of Rs 125 crores, which is part of the Rs 2,000 crores that the apex court has ordered the firm to pay, towards protecting the interests of home buyers

The Supreme Court, on December 15, 2017, granted time till January 25, 2018, to the embattled real estate firm Jaiprakash Associate Limited (JAL), to deposit Rs 125 crores more, for safeguarding the interests of hassled home buyers. JAL, which has deposited Rs 425 crores with the apex court registry so far, had to deposit Rs 125 crores by December 31, 2017 and wanted a two-month extension.

A bench comprising chief justice Dipak Misra and justices AM Khanwilkar and DY Chandrachud, considered the statement of senior advocate Mukul Rohatgi and granted time to the firm till January 25, 2108. The court has now posted the matter for further hearing on February 1, 2018. On December 14, 2017, the Group had deposited Rs 150 crores in the apex court’s registry, in pursuance of a direction aimed at protecting the interests of home buyers.

The court, on November 22, 2017, had accepted a demand draft of Rs 275 crores, submitted by the real estate firm and directed it to pay another two tranches of Rs 150 crores and Rs 125 crores by December 14 and 31, respectively. Earlier, the court had directed 13 directors of JAL not to alienate their personal properties. The top court had also made it clear that it was granting ‘indulgence’ to allow the firm to deposit Rs 2,000 crores in instalments, as the interest of home buyers was paramount.

It had restrained 13 directors – five promoters and eight independent directors, from alienating their personal properties, as well as that of their immediate family members. The apex court’s direction that the directors shall not alienate their or their family members’ personal properties in any manner, implies freezing of their assets. It had also warned the directors that any violation of its directive would hold them liable for criminal prosecution and contempt action. The JAL directors had filed affidavits giving details of their personal assets and they are now required to appear again on January 10, 2018.

The apex court, on November 13, 2017, had also restrained the managing director and the directors of Jaypee Infratech Ltd from travelling abroad without prior permission. The court had asked Jaypee Infratech to hand over the records to the interim resolution professional (IRP), to draft a resolution plan, indicating protection of interests of over 32,000 hassled home buyers and creditors.

It had also stayed any proceedings instituted against Jaypee Infratech for any purpose in any forum like the consumer commission, as the IRP has been given control of the company’s management.

Home buyers including one Chitra Sharma, through lawyer Ashwarya Sinha, had moved the apex court, saying around 32,000 people had booked their flats and are now paying instalments. The top court had on September 4, 2017, stayed insolvency proceedings against the real estate firm at the National Company Law Tribunal (NCLT).

Flat buyers, under the Insolvency and Bankruptcy Code of 2016, do not fall in the category of secured creditors like banks and hence, they can get back their money, only if something is left after repaying the secured and operational creditors, Sharma, in her plea, said. Hundreds of home buyers have been left in the lurch after the NCLT, on August 10, 2017, admitted IDBI Bank’s plea to initiate insolvency proceedings against the debt-ridden realty company, for defaulting on a Rs 526-crore loan, the plea said. 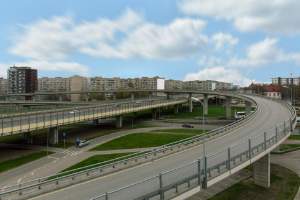 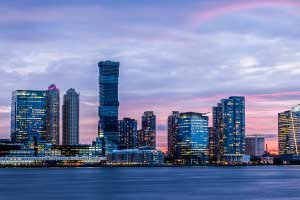 Property price trends and forecast for key metro cities, in 2017