[ecis2016.org] In a significant verdict, the Supreme Court has upheld the decision of the Haryana Urban Development Authority, to reject a bid of Rs 111.75 crores, to develop a commercial tower on over nine acres of land in Gurgaon, even though the development firm emerged as the highest bidder

In a major verdict, the Supreme Court, on January 27, 2017, upheld the decision of the Haryana Urban Development Authority (HUDA), to reject the highest bid of Rs 111.75 crores of a firm for a commercial tower on over nine acres of land in Gurgaon, saying the ‘huge property was saved from being plundered.’ The apex court also imposed a fine of Rs 5 lakhs on Orchid Infrastructure Developers P Ltd, the highest bidder, after taking note that it had not filed the court fees, before the trial court and in the high court, while filing suit and appeals.

You are reading: SC upholds HUDA’s rejection of highest bid for Gurgaon tower

[ecis2016.org] HUDA to set up forum to address grievances

“We are of the considered opinion that there was no right acquired and no vested right accrued in favour of the plaintiff, merely because its bid amount was highest and had deposited 10% of the bid amount,” a bench of justices Arun Mishra and Amitava Roy said, while allowing the appeal of HUDA against the Punjab and Haryana High Court verdict. “The administrator of HUDA had the right to reject the bids and he had rejected it on sufficient ground, duly considering the materials on record. In the interest of the public, revenue of the state and in the interest of HUDA, the huge property was saved from being plundered,” the verdict said.

Bhudeep Builders and Exporters Pvt Ltd, later renamed as Orchid Infrastructure Developers P Ltd, had emerged as the winner, by offering the highest bid of Rs 111.75 crores, for a commercial tower situated in Sector 29, Urban Estate, Gurgaon, in area measuring 9.527 acres in an auction held on May 24, 2004. However, the denial of a formal letter of allotment to the firm, led to initiation of the legal battle between the company and HUDA.

The civil court allowed the plea of the company, which was later reversed by the district judge, Gurgaon, the first appellate court on November 29, 2010. The company then approached the High Court, which allowed its appeal, leading HUDA to move the apex court. Upholding HUDA’s decision, the apex court said, “We are satisfied that the rejection of the bid by the administrator was absolutely proper and justified and was beyond the pale of judicial scrutiny.” 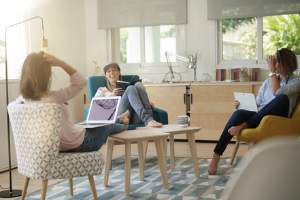 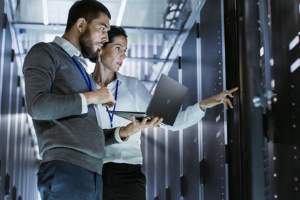