[ecis2016.org] 2016 proved to be a good year for debt and equity investments in the Indian real estate market, with inflows of Rs 38,000 crores, marking an increase of 62% year-on-year

In 2016, equity investments witnessed a return journey to India. After the change in its regulatory framework, the country is now looking way more attractive to investors - both, foreign and domestic - than ever before. Thanks to an improvement in India’s rankings on different indices and a pro-active government keen on improving these further, the country is bound to attract more equity investment.

You are reading: Total PE into Indian real estate in 2016 vastly exceeds 2015 inflows

In 2016, the private equity inflows into Indian real estate showed a 62% increase (year-on-year). The total inflows last year stood at Rs 38,000 crores, compared to Rs 23,500 crores in 2015. Out of the entire sum, Rs 13,500 crores, was investment via pure equity while the rest was via different structures of debt. Even in terms of pure equity, 2016 saw an impressive increase of 29%, year-on-year.

Interestingly, when only the H2 of 2016 is compared to the H2 of 2015, there has been a 121% increase in the former over the latter. This was due to increased confidence shown by investors, post the parliament’s passage of RERA (Real Estate (Regulation and Development) Act) and the Goods and Services Tax (GST).

Although the historic high of 2007 (in terms of total PE inflows) was not breached, last year proved to be the second-best year so far.

This year may even turn out to be slightly better than 2016 - despite BREXIT and the outcome of the US presidential elections, thanks to a strengthening and modernising economy and India’s growing reputation as an attractive investment destination.

Economic and political stability, liberalisation of the FDI policy by the Modi government and the resultant improvement in the investor community’s sentiments, are some of the factors working in Indian real estate’s favour. All eyes on 2017! 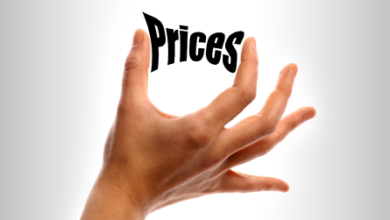