[ecis2016.org] Redevelopment of BDD chawls in Mumbai, could soon begin with 60% of the excess saleable area being earmarked for the middle-income group segment of home buyers

Maharashtra chief secretary Swadheen Kshatriya, has said that the high-powered committee headed by him, has cleared the redevelopment proposals of the Bombay Development Directorate (BDD) chawls, at Naigaon and at NM Joshi Marg in the city.

You are reading: BDD chawl redevelopment to focus on MIG segment

There has been a plan to redevelop 207 BDD chawls, which are more than 93 years old.

“The redevelopment proposals of both, Naigaon and NM Joshi Marg BDD chawls, have been referred to the chief minister, for his final approval. Once the proposal is cleared, redevelopment work shall commence in six months’ time,” he told reporters.

“After the redevelopment, tenants of the BDD chawls will get flats of 500 sq ft of built-up area. The flat will have one master bedroom, one toilet, a bathroom and a dining room-cum-hall,” he said.

He said that the saleable area, besides what has been earmarked for the BDD tenants, will constitute of 60% for middle income group (MIG) families, 30% for high income group (HIG) and 10% of the stock will be for commercial use.

Kshatriya said that as the Brihanmumbai Municipal Corporation (BMC) is the planning authority, the Development Control (DC) Rules will have to be amended first. “Necessary amendments are being made to the DC Rule 33(9), with a new amendment (A) being added to it,” he said. He further said that the approval of the centre’s environment committee will have to be sought, as the redevelopment covers more than 20,000 sq ft.

The Maharashtra Housing and Area Development Authority (MHADA), will be the nodal agency for the redevelopment project.

However, a section of the BDD chawl residents associations, have voiced their opposition to the appointment of MHADA as the nodal agency. Kshatriya said the proposal to redevelop the BDD chawls at Worli could not be cleared as the issue is locked in a legal tangle.

The British had constructed the 207 BDD chawls around 1920, as low-cost housing for mill workers, dock workers, civic and other government employees. The BDD chawls are spread over 93 acres and comprise 207 ground plus 3-storey buildings, having 16,557 flats measuring 160 sq ft.

A single woman’s guide to buying a home in India 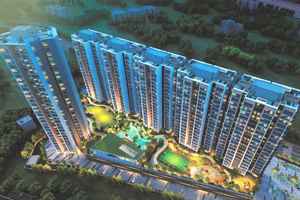