[ecis2016.org] India has emerged as a strong destination for property investors, with Bengaluru and Mumbai topping the list of real estate markets for investment and development, according to a report

“India is on the radar of fund managers, owing to its good growth potential. Large institutional investors believe in its long-term growth potential,” said John Fitzgerald, chief executive of the ULI. Bengaluru has emerged first in investment and development for 2017, the report said. “The big story for investors, has long been the city’s role as India’s main hub for the business process outsourcing (BPO) and IT industries,” said the report.

There is a huge demand for space as both, domestic and international companies flock to open call-in and research and development centres, it pointed out.

Mumbai was second in investment and third in development, out of the 22 Asian cities. A major road and rail infrastructure programme in Mumbai, will allow easier access to the central locations from outlying areas, with most construction scheduled for completion before 2019, said the report, adding that Mumbai was previously considered as the most expensive and slow growing city in India.

Read also : Smart cities mission gets a 54 per cent hike in Budget 2018

Following the removal of various regulatory stumbling blocks, there appears to be real motivation at the central government level, to make deals happen, the report said. However, resolving bureaucratic issues in India, can be complex and time consuming, it pointed out.

While managers at domestic and foreign investment funds active in India, were positive about the prospects for a working REIT (Real Estate Investment Trust) framework to emerge within the foreseeable future (possibly the next 12 months), a raft of issues remains to be addressed, it said. These range from resolving ongoing regulatory disagreements between central and provincial authorities, to overcoming obstacles posed by the standard use of a lease rent discounting model to obtain bank financing, to listing REITs at cap rates that will be appealing for retail investors.

“Again, how long these will take to resolve, remains an open question,” said the report. 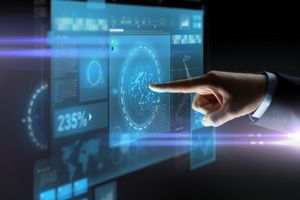 Data explosion will lead the next wave of real estate trends