[ecis2016.org] In some good news for commuters in Chennai, the commissioner of railway safety, has expressed hope that services on the Airport-Alandur stretch of the Chennai Metro Rail, could commence as early as August end

Extension of Chennai’s metro rail services on the Airport-Alandur sector, may get underway by the end of August, as the commissioner (railway safety), Sudarshan Naik, on July 28, 2016, said that he was satisfied with the progress of work and that it would hopefully begin by the end of next month.

You are reading: Chennai Metro may start Airport-Alandur services by August end

“I have inspected the Airport station and Alandur. Two more stations are there. By and large, I am satisfied with the total scheme of things,” Naik said.

He said that a report would be submitted to the union government, after conducting inspections on 28th and 29th of July.

“It will be done sooner than you expect, hopefully,” he said to a query on whether commercial operations would begin by August end.

The first phase of the Rs 14,600-crore project was inaugurated last year, between Koyambedu and Alandur, a 10.15-km elevated stretch.

Read also : No conflict of interest in de-notification of industrial lands in Igatpuri: Maharashtra CM

Phase-2 of the metro rail project, covers two more corridors for a stretch of 104.50 km.

Naik declined to comment on the delay in commissioning of services in the 45-km first phase of the project. “I will not be able to comment exactly on delays. There may be certain difficulties because a lot of agencies are involved. However, I have no correct information. I will not able to tell,” he said.

Recently, chief minister Jayalalithaa had said that services on the Little Mount-Airport route would begin in August, while the extension from Alandur to St Thomas Mount station would take place in October and that services from Koyambedu to Park Station was expected to begin by the end of 2016. 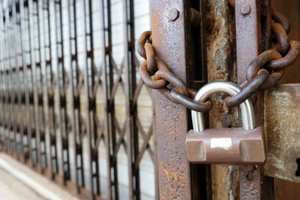