[ecis2016.org] While inaugurating services on the Pink Line of the Delhi Metro between Majlis Park and Durgabai Deshmukh South Campus, chief minister Arvind Kejriwal said that his government would soon clear the Phase-IV of the project

Chief minister Arvind Kejriwal, on March 14, 2018, said that his government would soon clear the Delhi Metro’s long-pending Phase-IV project, while indicating that there were ‘issues of financial viability’ on some of its routes.

Kejriwal said this in the presence of union minister for housing and urban affairs (independent charge) Hardeep Singh Puri, along with whom, he ceremonially flagged off the Majlis Park-Durgabai Deshmukh South Campus section of the much-awaited Pink Line, from the Metro Bhawan. “Metro is the lifeline of Delhi and it is an important mode of transport for the city. The Delhi government will soon give clearance for the Phase-IV project. There are issues of financial viability on some of the routes,” the chief minister said.

The newly-opened section, which has 12 stations, is part of the 59-km-long Majlis Park-Shiv Vihar corridor (Pink Line – Line 7) of Delhi Metro’s Phase-III. A small segment of the Pink Line in the Trilokpuri area in east Delhi is also awaiting clearance, due to some land issues and other related matters associated with the local people. The end-to-end travel time of Majlis Park-Durgabai Deshmukh South Campus stretch is 34 minutes and will cost Rs 40. With the opening of the 21.56-km-long section, the Delhi Metro’s operational network will expand to 252 km, a senior DMRC official said. The stations falling on the operational stretch are – Majlis Park, Azadpur, Shalimar Bagh, Netaji Subhash Place, Shakurpur, Punjabi Bagh West, ESI Hospital, Rajouri Garden, Mayapuri, Naraina Vihar, Delhi Cantt and Durgabai Deshmukh South Campus. Azadpur Station (with Yellow Line) is one of the three interchange stations on the Pink Line stretch, the other two being, Netaji Subhash Place (Red Line) and Rajouri Garden (Blue Line).

On the Delhi Metro’s Phase IV project and rapid rail system connecting the national capital with Meerut, Puri had recently said that the AAP-led city government was ‘sitting on the project’. “We are finding a solution. The solution is, where we are not getting support from the Delhi government over the metro projects, we have decided that we will do it ourselves. Rail corridors, we will do on our own. If they (Delhi government) are not willing to approve a project or provide funding, we are finding out a solution for it,” the urban affairs minister had said.

Last year, Puri had reportedly said the delay had pushed the cost of Metro’s Phase-IV by Rs 12,000 crores, adding that the cost of the Delhi-Meerut Rapid Rail Transit project had also gone up by Rs 1,000 crores.

Incidentally, an official at the chief minister’s office had then said that the Delhi government had given an in-principle approval to the Phase-IV metro project but the files were pending with bureaucrats in the Delhi government’s finance department. 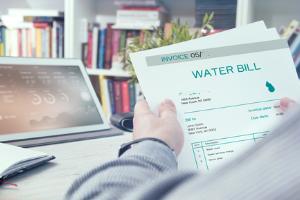 All you need to know about MCGM water bills 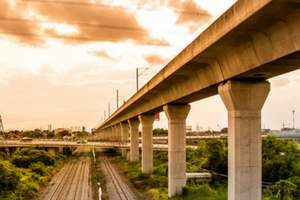