[ecis2016.org] In a bid to speed up infrastructure development, the central government has asked states and union territories to ensure commencement of work on 261 Smart City projects across 60 cities, by November 2017

The centre has asked states and union territories, to ensure commencement of work on 261 projects in 60 cities, announced between January and September 2016 under the Smart City Mission, by November, 2017. The move came after prime minister Narendra Modi, during a review meeting, observed that the challenge was now to ensure expeditious completion of works, while maintaining high quality standards.

You are reading: Expedite commencement of smart city projects: Centre to states

Read also : Here’s why infra status to affordable housing may not mean cheaper homes in the metros

Ninety cities had been selected by the government for the Smart City Mission, under which each city will get Rs 500 crores as central assistance, for implementing the projects. Reviewing the progress of the Smart City Mission on August 30, 2017, Modi had said that the challenge before everyone was now to ensure implementation and expeditious completion of the work in the 90 identified cities, with high quality, an official statement said.

The prime minister was chairing the 21st meeting of Pro-Active Governance and Timely Implementation (PRAGATI), a monthly interaction with top officials of states through video conference. A day after the meeting, Housing and Urban Affairs secretary Durga Shankar Mishra, wrote to the chief secretaries of all the states and union territories in this regard.

Read also : How to become a successful real estate agent in India?

“Mishra urged the states and UTs to ensure commencement of work by November 2017, on 261 impactful smart city projects in 60 cities that were announced during January-September, 2016. These identified projects account for an investment of Rs 31,112 crores,” an official release said.

States and UTs have also been asked to speed up work on 370 public-private partnership (PPP) projects that involve an investment of Rs 32,410 crores, it added. The projects range from building 40 outdoor fitness centres in New Delhi Municipal Council area at a cost of Rs 1.31 crores, to the redevelopment of 340-acre area in Bhopal at a cost of Rs 3,000 crores. 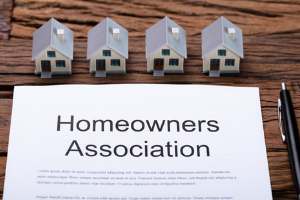 What to do when you do not have an RWA?