[ecis2016.org] In a move to expand its footprint across India, US-based hospitality chain JW Marriott, has opened its first luxury property in Kolkata, comprising of a hotel and serviced residences

US-based hospitality chain JW Marriott, on October 25, 2016, threw open the doors of its luxury property in Kolkata – the first in the eastern region. The property, built jointly by real estate developers, the Mani and Sattva Groups, has 281 rooms housed in a 28-storeyed tower, alongside serviced-residences named Vivara.

You are reading: JW Marriott debuts in Kolkata with luxury property

The property was inaugurated by West Bengal chief minister Mamata Banerjee. Rajeev Menon, COO, Asia-Pacific (excluding Greater China) region, said that the city property, was the eighth one under the JW Marriott brand in the country.

“This property has been positioned, to bring Kolkata back on the world hospitality map. The initial response has been fantastic, with 50% occupancy in the first month,” Menon said.

Chairman of the Mani Group, Sanjay Jhujhunwala, said that an investment of Rs 1,200 crores had been made, for building the hotel and serviced residences.

By the end of 2016, Marriott, jointly with Starwood, will manage 85 properties across the country, with several brands. Marriott joins the league of international hotel chains that manage properties in Kolkata, such as Hyatt, Novotel, Swissotel and Radisson, besides Indian chains like ITC, Oberoi, Taj, Park and Lalit. Two other overseas chains, Westin and Holiday Inn, have already announced upcoming properties, which would be inaugurated in 2017 and managed by them.

Should location be the only price determining factor? 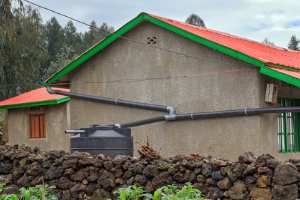 Water conservation: Ways in which citizens and housing societies can save water