[ecis2016.org] The Madras High Court has declined to relax its earlier order imposing a blanket ban on the registration of unapproved plots in Tamil Nadu

The Madras High Court has refused to relax the ban on the registration of unapproved plots in Tamil Nadu, saying that the whole endeavour was to untangle the mess created by indiscriminate conversion of farm lands into housing plots. The first bench of chief justice Sanjay Kishan Kaul and justice M Sundar rejected the pleas advanced by lawyers representing realtors and others, seeking permission for resale of lands and houses and also declined to form a committee comprising retired judges to look into the issue. “We are against the system of parallel committee and once the regulations are framed, it would be placed in public domain before it is finalized,” the bench said.

The bench urged the new chief secretary of Tamil Nadu, to bestow her attention on the issue and said, “Conversion of agricultural lands for non-agricultural use in an unplanned manner, should be undone.” It then adjourned the matter to January 30, 2017, for further hearing, after the state government sought some more time to frame rules to regulate conversion of agricultural lands into residential layouts. Advocate-general R Muthukumaraswamy sought two more weeks, saying that the process had reached its final stages following which, the bench obliged, but not without asking whether the delay was ‘political or administrative’.

Seeking to prevent further development of unauthorised layouts and conversion of agricultural areas for non-agriculture use in an unplanned way, the court had on September 9, 2016, restrained the authorities from registering sale deeds for plots in such layouts or any flats or buildings constructed on them.

The court said this while passing an interim order on a PIL from an advocate ‘Elephant’ Rajendran, seeking to forbear authorities concerned, from giving approval or permission to convert agricultural land into layouts and construct flats or buildings on them. 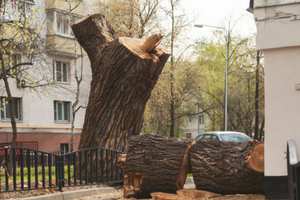