Some city residents and activists have approached the Bombay High Court, alleging that the Maharashtra government has illegally modified the draft Development Plan 2034 for Mumbai, to show what was previously a green zone, as that reserved for a car shed for the metro rail project. The petitioners had earlier filed a public interest litigation (PIL) in the high court, challenging a notification of the state vide which, in August 2017, around 25 hectares of land in the Aarey Milk Colony was allotted for the construction of a car shed and allied services for the Mumbai Metro III (Colaba–Bandra-SEEPZ) line. The petitioners had claimed at the time that earlier, the said plot was reserved as a ‘no development zone’ area.

They said while the government had issued a circular earmarking the land for the car shed, the draft DP 2034 continued to show the said plot as a green area and a no-development zone. On March 8, 2018, the petitioners moved the court, saying that the state had recently issued a notification to amend the 2034 DP, to change the use of the said plot of land in the Aarey Colony in suburban Mumbai, as that reserved for the metro car shed. Such an amendment, the petitioners said, was made on the sly by the state to suit its case before the high court. The amendment in the draft DP will pave the way for the car shed. The construction for the same was likely to destroy extensive green cover and cause much ecological damage, the petitioners claimed. A bench of justices SC Dharmadhikari and PD Naik, permitted the petitioners to include their submissions in the original PIL and said it will consider the issue on March 20, 2018, the next date of hearing.

On the last hearing, the bench had directed the government to file a reply, clarifying whether due process was followed in allotting the 25-hectare plot in Aarey, for the construction of the car shed. It had also asked the government and the Mumbai Metro Rail Corporation (MMRC) to tell the court about the extent of ecological damage that the construction work for the proposed car shed was likely to cause. The state and the MMRC, however, have maintained that due procedure was followed in taking over and changing the usage of the land concerned. 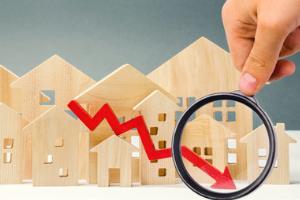 Number of developers shrink by over 50% in top 9 Indian cities: Report

Delhi CM alleges that DDA is not cooperating in the tree plantation drive, writes to LG