[ecis2016.org] In a bid to expedite the laying of underground pipelines and ducts, the Maharashtra government has introduced a bill in the state assembly, to provide a legal framework for such projects

The Maharashtra government, on March 15, 2018, presented a bill to provide a legal framework, for speedy implementation of infrastructure projects involving laying of underground pipelines and ducts. So far, the state has no specific guidelines to deal with issues arising from laying of underground pipelines and ducts. Minister of state for revenue Sanjay Rathod, presented the bill in the assembly.

“The main impediment, in speedy implementation of the infrastructure projects of underground pipelines and ducts for carrying utilities and services, is the non-availability of an explicit statute and also inordinate delays in the acquisition of land under the existing legal framework,” said the bill’s statement of objects and reasons.

Initiating discussion on the bill, NCP’s Shashikant Shinde questioned the lack of clarity on compensation to land users under the bill. “This allows entry to other parties on private land, without specifying the compensation method,” he said. BJP’s Atul Bhatkhalkar said the bill is vital for urban areas as a number of agencies dig up roads to lay cables, gas pipelines and other utilities, even on private society land. 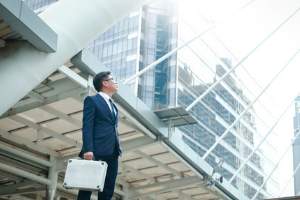 Institutional investments in Indian realty touch the highest level in a decade: Report

Life expectancy of Delhiites can increase by three years, if air quality improves by 20-30 per cent: Study