[ecis2016.org] As per the Central Pollution Control Board (CPCB), Mumbai features amongst the 17 most-polluted cities in Maharashtra and 123 cities from the country, a state minister has revealed

Mumbai and Navi Mumbai figure in the list of the most-polluted cities and the state government intends to make Maharashtra pollution-free by 2022, by adopting various pollution control measures, minister of state for environment, Pravin Pote-Patil said, while speaking at a workshop on ‘Clean Air Maharashtra Resolve 2022’ in Mumbai. “The main contributors to air pollution in the state were vehicles and factories,” he said.

You are reading: Mumbai amongst 17 most-polluted cities in Maharashtra

Read also : Gurugram to have satellite-based app, to check encroachment

The minister clarified that the reason behind so many cities in the state being identified as having poor air quality, was because the state had set up air quality monitoring systems in 72 places, unlike Gujarat, where there was just one such unit in place. “Out of the 72 units, 10 to 12 units monitor the air quality on a daily basis and seven units do so on a weekly basis,” Pote-Patil said.

The other cities that have been marked as having poor air quality by the CPCB include Badlapur, Nagpur, Nashik, Pune and Ulhasnagar. The air quality in these cities was way below the prescribed pollution standards, he added.

Read also : Coronavirus impact: Will delays and defaults be the new normal in Indian real estate?

He added that the municipal corporations in the state, should allocate 25 per cent of their budgetary allocations towards pollution control measures. He argued that the ‘odd and even’ formula for cars in cities like Mumbai would not work, due to the daily to and fro commuting of the working population, many of whom use vehicles daily for commuting to workplaces. Electricity-driven buses and motor assisted pedal rickshaws, have already been introduced in Nagpur, Pote-Patil added. 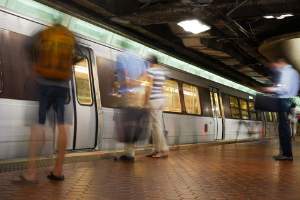