[ecis2016.org] In a bid to avoid further delays in its Mumbai-Nagpur Expressway project and to begin work from October 2017, the Maharashtra State Road Development Corporation has decided to start making upfront payment of compensation to the farmers, for land acquisition

To commence work on the ambitious Rs 46,000-crore Mumbai-Nagpur Expressway from the originally planned date of October 1, 2017, implementing agency Maharashtra State Road Development Corporation (MSRDC) has decided to start making upfront payment of compensation to the farmers from April 15, 2017.

You are reading: Mumbai-Nagpur Expressway: State to make upfront payment to farmers

“Since we haven’t received consent from all the farmers for the land pooling scheme, we have decided to make an upfront, one-time payment of compensation to the farmers, for the remaining pool of land that we need for the project,” MSRDC vice-chairman and managing director, Radheshyam Mopalwar said.

Read also : Centre in talks with TN, for a second airport in Chennai

To enable the farmers who surrender their land for commercial development of the 24 nodes that will come up along the proposed expressway, now named as the Maharashtra Samruddhi Corridor, the government had proposed to make them partners, by offering incentives like annuity with 10% annual increase, assured buy-back after 10 years, apart from continuing to have land ownership.

“We had hoped that this proposal would be easily adopted by farmers, as they would also get the benefit of commercial development and had accordingly made amendments to the Highways Act. However, as they have not accepted it, we cannot wait any longer. So, we will start paying them compensation from April 15 and acquire their land,” Mopalwar said.

He said a committee is already negotiating with the farmers and the panel hopes to complete the process as early as possible. “We have already allocated Rs 10,000 crores for land acquisition, which includes land pooling, as well as monetary compensation,” he added.

The MSRDC has proposed residential and commercial development at the nodes, apart from creating recreational facilities and access roads, among others. The 706-km-long project, estimated to cost Rs 46,000 crores, will be developed in 16 packages on an EPC basis. “We have already floated the RFQ and we are hopeful that work will commence from October 1 itself,” Mopalwar said.

When asked how the Corporation was planning to raise funds for this massive project, Mopalwar said, “We have a consortium of banks to borrow from, along with our equity contribution. We will also get some funds from the government. Besides, we have also sought project loans from state agencies like MMRDA, CIDCO, MHADA and SRA.”

The Corporation has already appointed SBI Caps to help in fund raising, he said, adding that he is not keen on overseas agencies like JICA, ADB or the World Bank, as the funds would come through the centre, instead of coming directly to it. “We believe in getting funds directly from lenders. Though overseas loans are cheaper, the main issue is that we don’t get it directly but through the centre. So, as much as possible, we want to depend on domestic sources,” he said.

Development work in Rohini scheme to be completed soon: DDA

Customer loyalty programmes: How does it benefit real estate brands and sales? 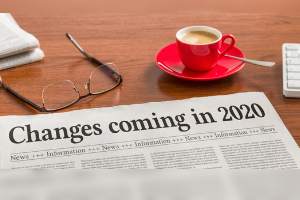 Budget 2020: Reforms that could boost the real estate sector