[ecis2016.org] The Supreme Court, while hearing a plea by Unitech Limited, challenging the National Company Law Tribunal’s order that authorised the centre to take over the management of the company, said that the NCLT should have taken its leave before making the decision

The Supreme Court, on December 12, 2017, said that the National Company Law Tribunal (NCLT) should have taken its leave, before allowing the centre to take over the management of embattled realty firm Unitech Limited. A bench comprising chief justice Dipak Misra and justices AM Khanwilkar and DY Chandrachud, considered the request of additional solicitor general Tushar Mehta that one more day be given to him, to seek instruction from the concerned authorities on the appeal of Unitech Limited against the order of the NCLT.

You are reading: NCLT should have taken our leave: SC on government takeover of Unitech

The bench took note of the submissions of senior advocate Mukul Rohatgi, appearing for the realty firm, that the tribunal passed an interim order, without hearing the company and its directors who are in jail. “The leave of this court, which is seized of the matter, should have been taken by the NCLT,” the bench observed and posted the appeal of Unitech for hearing on December 13, 2017.

The Supreme Court, on December 11, 2017, had agreed to hear the appeal of Unitech Limited, challenging the recent order of the company law tribunal, allowing the centre to take over its management. The National Company Law Tribunal (NCLT), on December 8, 2017, had suspended all the eight directors of the realty firm, over allegations of mismanagement and siphoning of funds and had authorised the centre to appoint its 10 nominees on the board. The NCLT order had come, after the centre moved the panel with a view to protect the interest of nearly 20,000 home buyers.

Sanjay Chandra, head of the embattled real estate group, was asked on October 30, 2017, by the apex court, to deposit Rs 750 crores with it by December end, for the sake of the home buyers. The NCLT, in its order, has said the government must give the names of its nominees by December 20, 2017 and restrained Unitech’s eight suspended directors, from selling their personal and company properties. The tribunal’s order had come after the government filed a petition, arguing that Unitech was a fit case for winding up, but considering the interest of thousands of home buyers and small depositors, it wanted to take over company’s management.

The company has over Rs 6,000 crores debt and over 16,000 undelivered units, from a total of nearly 70 projects. In its petition filed under Section 241 of the Companies Act, 2013, the government had requested the tribunal to remove the eight directors. The apex court had on October 30, 2017, said that jailed businessman Chandra would be granted bail, only after the real estate group deposited money with its registry by December end.

Chandra’s lawyer had told the apex court that he has been required to be produced in various courts, consumer forum and commissions on a regular basis, which hampered his endeavour to arrange money and hence, the production warrants issued against him by various judicial bodies be stayed for 15 days. He had also said that the accused be allowed to appear in courts through his lawyers. The plea was declined. The apex court had also clarified that its earlier order, directing all courts below not to take any coercive action against the accused for the time being, would also be made applicable on all forums including state and national consumer commissions.

The top court had earlier directed the jail authorities to facilitate Chandra’s meeting with his company officials and lawyers, so that he could arrange money to refund the home buyers, as well as for completing the ongoing housing projects. It had said if any proceedings were pending against Chandra and the company, those may continue and the final order be passed but no coercive steps be taken to execute those orders.

Chandra was seeking interim bail from the apex court, after the Delhi High Court on August 11, 2017, had rejected the plea in a criminal case lodged in 2015 by 158 home buyers of Unitech’s projects – ‘Wild Flower Country’ and ‘Anthea Project’ – situated in Gurugram. 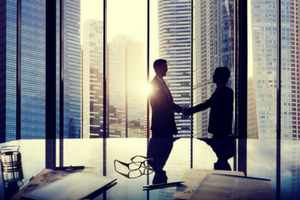 Deposit interest or property may be attached: SC warns Unitech