[ecis2016.org] The National Green Tribunal has summoned top officials of the Karnataka government, to explain what action they have taken to clean the Bellandur lake in Bengaluru, which has been spewing carcinogenic foam over the past few days

A National Green Tribunal (NGT) bench, headed by chairperson Justice Swatanter Kumar, directed that the additional chief secretary of the Department of Urban Development and the chief executive officer of the Lake Development Authority, to appear before it on August 22, 2017, to explain the steps taken by the Karnataka government over the frothing of the Bellandur lake in Bengaluru.

During the hearing, the NGT was informed that fresh froth had emanated from Bellandur lake and spread on to the streets of the surrounding areas, due to the recent rains. Local residents have reportedly complained of pungent stench from the lake and the froth, reminding of the presence of toxic substances there. “The additional chief secretary of the Urban Development, Karnataka and the CEO of the Lake Development Authority, Bengaluru, shall be present before the tribunal on the next date. They shall inform the tribunal as to what steps have been taken by them, to comply with the directions issued to them from time to time, particularly in relation to Bellandur lake and Rajakaluves (storm water drain), etc.,” the bench, also comprising justice RS Rathore, said.

The tribunal had earlier directed authorities to ensure the closure of 76 polluting industries around Bengaluru’s Bellandur lake and ordered the city’s deputy commissioner and the authorities, to ensure immediate disconnection of water and electric supply to these industries. Slamming the local civic bodies for inaction, the bench had banned dumping of any municipal solid waste around the lake and announced an environment compensation of Rs five lakhs, on anyone found dumping waste in and around the lake.

The NGT had also lashed out at the Karnataka government and its agencies, over the lack of maintenance of the Bellandur lake, asking them why they should not be prosecuted for negligence. It had earlier issued a notice to the Union Environment Ministry, the Karnataka government, the Lake Authority of Bengaluru, the state’s pollution control board and Central Pollution Control Board in the case.

On February 20, 2017, the NGT had taken cognisance on its own, of media reports and photographs of the incident in which a fire broke out in the Bengaluru lake. Thick clouds of white smoke persisted for several days in the air around the Bellandur lake, after the blaze. 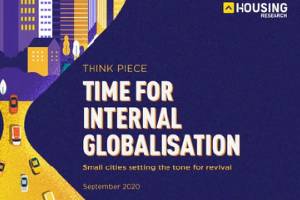