[ecis2016.org] The National Highways Authority of India has awarded to L&T one of the five packages of the Rs 7,500-crore Dwarka Expressway project in Haryana under the Bharatmala project, the government said

The package to build an eight-lane expressway from Basai RoB to NH 8 – SPR intersection in Haryana, will be executed by L&T at a cost of Rs 1,047 crores, under EPC (engineering, construction and procurement) mode, the Ministry of Road Transport and Highways said in a statement, on March 13, 2018.

“The National Highways Authority of India (NHAI) has issued Letter of Award (LOA) for Package-4 of Dwarka Expressway from Basai RoB to NH 8 – SPR intersection in Haryana on EPC under Bharatmala Pariyojna. This eight-lane Expressway (NH-248 BB) will be constructed on EPC mode at a cost of Rs 1,047.007 crores. The 8.76-km stretch of the road will be constructed by L&T,” the statement said.

The project comprises of an eight-lane elevated structure for the main carriageway of the Dwarka Expressway, trumpet interchange for Manesar Road and cloverleaf interchange with NH-8-SPR intersection. The completion period of the project is two years with maintenance period of four years.

Under the project, a minor bridge will be widened, additional ROBs, five VUP (vehicle underpass), six bus bays with bus shelter will be erected and four junction improvements will be carried out, it said. “Dwarka Expressway has to be implemented in five packages. The first package of 5.3 kms is from Shiv Murti to RuB, the second of 4.2 kms from RuB to Haryana border, package 3 from Haryana border to Basai RoB – 10.2 kms, package 4 from Basai RoB to NH 8 – SPR intersection – 8.77 kms and the fifth package – five kms of Western Airport Connectivity from Dwarka Expressway through a tunnel,” the statement said. The Expressway is proposed to be built at an estimated expenditure of Rs 7,500 crores.

Bengal adopts RERA, to set up regulatory authority in 60 days 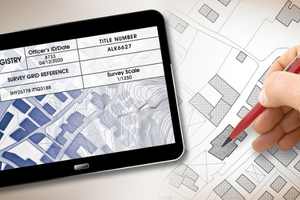 Bhulekh name change online: All you need to know