[ecis2016.org] The Supreme Court has directed the centre to frame a model scheme, before September 30, 2018, to address the issues of education, health, social security and pension for construction workers, saying they build not just infrastructure but also the nation

You are reading: Bring model scheme for construction workers in six months: SC

A bench of justices MB Lokur and Deepak Gupta, said the directions given by the court from time-to-time, to implement the two laws – The Building and Other Construction Workers (Regulation of Employment and Conditions of Service) Act, 1996 (BOCW Act) and the Building and Other Construction Workers’ Welfare Cess Act, 1996, (Cess Act) – have been flouted with impunity. “In preparing the model scheme, we expect the Ministry of Labour and Employment to include within it, inter alia, issues and concerns of education, health, social security, old age and disability pension and other benefits that are necessary for living a life of dignity, as postulated by the Constitution of India,” the bench said.

It added, “We also expect the model scheme to be framed and publicised within a specified time-frame to be decided by the Ministry of Labour and Employment, preferably within six months, but in any event on or before September 30, 2018.”

The court observed in the judgement penned down by justice Lokur for the bench that “No state government and no UT seems willing to fully adhere to and abide by (or is perhaps even capable of fully adhering to and abiding by) two laws solemnly enacted by Parliament.” It said that the BOCW Act is a welfare legislation, intended and enacted for the benefit of the unorganised sector of building and construction workers. “It has a strong flavour of social justice and is a serious attempt by parliament to ensure that building and construction workers are not exploited, because of their poverty and their children do not suffer their fate, in terms of education, healthy living and whatever it takes to live a life of dignity. It is in this background and context that the BOCW Act was enacted by Parliament,” the bench said.

Failing to get the exact figure of funds collected so far through the cess, the top court said that “It is quite shocking that even the CAG does not have all the figures and whatever figures are available, may not be reliable. If this constitutional body does not have the required and accurate information, there is undoubtedly a financial mess in this area and this chaos has been existing since 1996. The only victims of this extremely unfortunate state of affairs and official apathy, are construction workers who suffer from multiple vulnerabilities,” it said.

Referring to the situation of construction workers, the bench said that many of them are women and at least some of them have children to look after and ‘even they are victims of official apathy’. The bench noted that the quantum of cess collected in one quarter, from March 31, 2017 till June 30, 2017, is in the region of about Rs 5,000 crores. “This is a huge amount and would work out to about Rs 20,000 crores annual collection. The figures presented to us by the CAG or even the Standing Committee do not reflect such a huge collection. Obviously, there is something terribly rotten with the collection and accounting mechanism and it is quite clear that the exercise of registration, both of the establishments and of the construction workers, is not being carried out satisfactorily,” the bench said.

The top court passed several directions and hoped that they will be complied with by the centre, all the states and union territories. It posted the matter for hearing on May 1, 2018, only to ascertain whether timelines have been fixed by the concerned authorities for compliance of the directions. 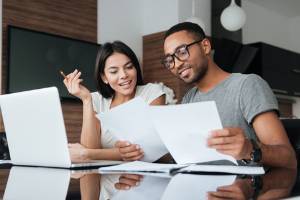 5 steps to buy a house, for first-time home buyers

Housing Ministry keen to tap into Singapore’s expertise, for the Smart City Mission