[ecis2016.org] The Maharashtra government has assured the legislative council that the reservation for a garden at the Mahim Nature Park in Mumbai, will be maintained, under the Dharavi Redevelopment Plan

Seeking to allay fears that the Maharashtra government planned to allow developments at the Mahim Nature Park (MNP) in Mumbai, minister of state for housing Ravindra Waikar said, “The government will keep intact the reservation for a garden on the Mahim Nature Park. Though the park will be part of the overall Dharavi redevelopment project, no development will be allowed there.” He was replying to a debate on a motion moved by Shiv Sena’s Anil Parab on the development plan of Mumbai, in the upper house, on March 22, 2018.

You are reading: No development to be allowed at Mahim Nature Park: Maharashtra government

After Waikar’s statement, Parab said that such assurances are never kept. The minister, who too belongs to the Sena, reiterated that the reservation for garden will be maintained and a proposal to this effect contained in the Dharavi redevelopment project, has been put up before the High Powered Committee for approval. The plan to make MNP – which is spread over 16.86 hectares and is home to hundreds of species of birds, butterflies, reptiles and trees – a part of the Dharavi redevelopment project, has raised the hackles of environmentalists.

Waikar also said that the government is positive about creating separate offices of the Chief Executive Officer of the Slum Rehabilitation Authority (SRA) for Mumbai city, its suburbs and Thane district, to speed up the implementation of slum rehabilitation projects. Minister of state for urban development Ranjit Patil said, Mumbai’s Development Plan for 2014-2034 shall be approved by the state government by March end. Making an intervention, housing minister Prakash Mehta said, the government will use Google Maps for the survey of slums in Mumbai. “The slum dwellers in slums post 2000 will be covered under the ‘Housing for All by 2022’ provision in the Pradhan Mantri Awas Yojana,” Mehta said.

To a query by Parab over the high court verdict, regarding demolition of top floors of residential buildings coming under the ‘funnel zone’ of the Mumbai airport, Waikar admitted that many buildings under SRA projects in the area are affected. “The government is trying to find out ways to reduce the impact of the funnel zone policy. The Airports Authority of India (AAI) has the technological know-how to deal with the problem,” Waikar said.

[ecis2016.org] SRA, MHADA redevelopment to be brought under MahaRERA

Chief minister Devendra Fadnavis was discussing the issue with the Union Ministry of Civil Aviation, he said.

Minister Ranjit Patil also informed the house that a special provision had been made in the Development Control Rules (DCR), which empowers the Municipal Commissioner to take decisions on redevelopment of Gaothan areas (old settlements) of Mumbai. On the issue of garbage disposal, the minister admitted that the situation at Deonar dumping ground in the city is bad, while the Mulund dumping ground is reaching its saturation point. Orders for the scientific treatment of garbage at Kanjurmarg dumping ground have been issued, he said. “The government is also considering putting up a 3,000-metric-tonne waste-to-energy plant soon,” he added. 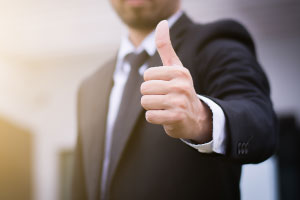 Can buyers’ endorsements work in the Indian real estate market?