[ecis2016.org] As Delhi continues to grapple with extreme pollution, data released by the government, has revealed that over 300 construction sites have been penalised for violating dust pollution norms and fines of Rs two crores recovered, in the process

Over 300 construction sites were penalised for violating dust pollution norms in Delhi, although the drive against open burning of waste did not gather as much steam. Analysis of data shared by the Delhi government brought out the trend. Around Rs two crores has been recovered by the government departments and civic bodies empowered to act against dust violators, since November 2015.

You are reading: Over 300 construction sites in Delhi penalised for dust pollution

Agencies, including the Delhi government’s Revenue Department, PWD, Delhi Pollution Control Committee and all the civic bodies, hold the power to fine those who violate construction norms and those who burn waste in the open. The data shows that revenue department, EDMC, SDMC, North MCD and NDMC, challenged around 342 sites in the months of September, October and November, 2016, while only 90 waste burning violators were penalised during the same period.

The National Green Tribunal had directed all land owning agencies in Delhi, to impose a fine of Rs 5,000, on persons found burning waste like leaves in the open and Rs five lakhs on the owners/builders who are found violating dust control measures. The Revenue Department issued only 136 challans, against people found burning waste in the open in the last one year, while the same stands at 242 for the EDMC and 262 for North MCD.

Meanwhile, environment minister Imran Hussain, has appealed to all land owning agencies, to intensify their inspection.

A study by IIT-Kanpur, titled ‘Source Apportionment Study of PM2.5 and PM10’, had identified trucks and dust as the largest contributors behind Delhi’s polluted air. 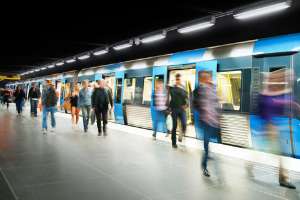