[ecis2016.org] The DDA’s Housing Scheme 2014 has received a serious setback, with over 40% of the houses allotted by the authority being surrendered or cancelled, with some allottees complaining about the size and location of the units

Over 40% of the houses allotted by the Delhi Development Authority (DDA), under its Housing Scheme 2014, have been surrendered or cancelled with some allottees complaining about the size of the flats and locality, the government today said.

You are reading: Over 40% allottees returned DDA flats: Government

“The DDA has informed that out of 25,039 flats for draw of lots in the Housing Scheme 2014, 10,653 flats have been surrendered or cancelled,” minister of state for urban development, Rao Inderjit Singh, said in a written reply in the Rajya Sabha.

Most of the allottees have cited no reason for their decision to surrender the flats but some have pointed that the size and locality did not meet their requirements, he added.

The rate of surrender of the houses, possibly makes it one of the highest-ever, in a housing scheme launched by the DDA.

The Delhi Development Authority now plans to allot the surrendered flats and other vacant flats, through a new housing scheme with modified terms and conditions, Singh said.

About 60,000 flats, which are expected to be launched two years from now, are reportedly under construction and will be completed in phases. At present, there is no proposal for allotting these new flats during 2016, he said. 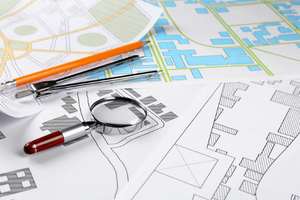 All you need to know about Nagaland land records