[ecis2016.org] The parliament has passed a bill to protect slums and unauthorised colonies in the national capital region from punitive action, till a framework for orderly arrangements are in place

The parliament, on December 28, 2017, passed The National Capital Territory of Delhi Laws (Special Provisions) Second (Amendment) Bill. The Bill, which was passed by the Lok Sabha on December 27, 2017, gives immunity to slums and some unauthorised constructions, till December 31, 2020. The immunity under the existing Bill ends on December 31, 2017.

You are reading: Parliament passes law to protect unauthorised colonies, slums in Delhi

Replying to a debate on the measure, urban development minister Hardeep Singh Puri said if the Bill was not passed, it would lead to ‘unprecedented chaos’ in the national capital, which has witnessed an influx of over six lakh people per annum. The legislation will give cover against punitive action on an ‘as is where is basis’, until December 2020, he said, adding that there were seven categories of unauthorised colonies and each of them had separate cut-off points and dates.

Read also : All you need to know about the Telangana Housing Board

“I don’t have any answer as to why nothing was done between 2008 and 2014, but post-2014 an attempt to fast-track things has been made,” he said, adding that a Supreme Court-appointed committee was looking into the matter. He said the Delhi government had given an affidavit before the high court, seeking a two-year extension to complete the work and the centre has been left with no option, than to seek one more year to ward off the ‘Sword of Damocles’ hanging on the poor. He said the population of Delhi in 1947 was less than 10 lakhs, which swelled to 16 lakhs in 1951 and stands at 186 lakhs today.

Replying to allegations by D Raja (CPI) about the demolition of Kathputli colony, a heritage place where artisans from all over India were living, Puri said the inhabitants were shifted, as a modern and efficient accommodation was being built there. He said the government could proceed due to a court-directed process and a separate piece of land was being allocated there, as a heritage piece, to promote skill and art.

Participating in the debate, Parvez Hashmi (Congress) questioned delays in relief to the poor and asked why the government had failed to stop work, during the construction stage itself.

Union minister Vijay Goel, a BJP member from Delhi, said the city was sitting on a volcano and there was no planning, as the number of unauthorised colonies has swelled to over 2,000 due to the lackadaisical approach of the government. He said unauthorised construction was rampant and such multi-storeyed houses were not safe in earthquakes. A number of speakers, including N Haque (Trinamool Congress), Harivansh (JDU), Naresh Agarwal (SP), TK Rangarajan (CPI-M), Veer Singh (BSP), Vijila Sathyanathan (AIADMK) and D Raja (CPI) questioned why no action was being taken against the wealthy and the owners of unauthorised farm houses. 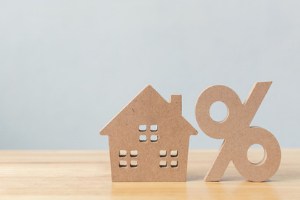 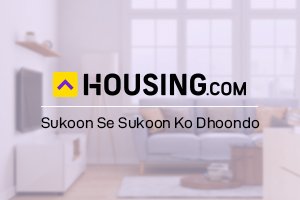