[ecis2016.org] In a move that will surprise very few in the industry, the RBI has retained its benchmark lending rate at 6.25%, though it has increased its reverse repo rate at which it pays to lenders, by 0.25%, to 6%

The Reserve Bank left its benchmark lending rate unchanged at 6.25%, on April 6, 2017, for the third policy review in a row, citing upside risk to inflation. It however increased the reverse repo rate at which it pays to lenders, by 0.25% to 6%, narrowing the policy rate corridor.

Given the upside risks to inflation and excess liquidity in the system, the repo rate has been retained at 6.25% but the reverse repo and MSF have been revised upwards by 0.25%, the central bank said in the first bi-monthly monetary policy review of 2017-18. The central bank said the policy decisions are unanimous.

However, the monetary authority said it is worried on three fronts on the inflation and the general economy. The first stems from a possible El Nino impact on the monsoon. The second worry arises from the GST implementation and the third upside risks to inflation comes from the seventh pay commission award, according to the Monetary Policy Committee.

“The main fear stems from the uncertainty surrounding the outcome of the south west monsoon, in view of the rising probability of an El Niño event around July-August, and its implications for food inflation,” the RBI said. 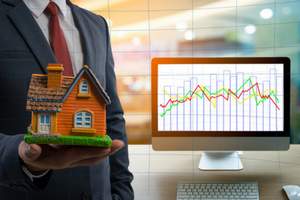