[ecis2016.org] The Supreme Court has allowed 400 home buyers of Jaypee Group’s projects, to intervene in the insolvency proceedings against the embattled real estate firm

The Supreme Court, on September 18, 2017, asked around 400 home buyers of embattled Jaypee Group, to intervene in the main matter in which several buyers have moved the court, seeking relief in the issue relating to the insolvency proceedings. A bench of chief justice Dipak Misra and justices AM Khanwilkar and DY Chandrachud, allowed Jaypee Orchard Resident Welfare Society, to withdraw its petition seeking relief from the firm and intervene in the main matter.

You are reading: SC allows home buyers to intervene in Jaypee insolvency matter

Flat buyers, under the Insolvency and Bankruptcy Code of 2016, do not fall under the category of secured creditors like banks and they may get back their money, only if something is left after repaying secured and operational creditors. The home buyers in their plea, had sought a direction to the government and others that this code ‘shall not curtail the legal, statutory and vested rights of the flat owners/buyers as consumers’, defined under Consumer Protection Act.

The apex court is already hearing a petition of investors in the firm, in which it had earlier stayed but later revived the insolvency proceedings against the real estate firm at the National Company Law Tribunal (NCLT), Allahabad, at the instance of its financier IDBI. The top court had then restrained the managing director and directors of the company, from travelling abroad without its permission and asked its parent company, Jaypee Associates, to deposit Rs 2,000 crores with the registry, to safeguard the interest of the home buyers. 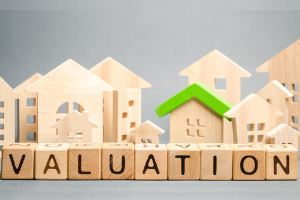 How does a neighbourhood impact property prices?

Rent agreement format: Everything you need to know about it