[ecis2016.org] The Supreme Court has sought the response of the government and two Amrapali Group firms, on a plea by over 100 hassled home buyers, seeking that their interests be safeguarded by treating them as secured creditors like banks and financial institutions

A Supreme Court bench of chief justice Dipak Misra and justices AM Khanwilkar and DY Chandrachud, on October 6, 2017, issued notices to the central government and Amrapali Group and sought their response within four weeks, on a plea by over 100 home buyers that their interests be safeguarded, by treating them at par with secured creditors.

You are reading: SC notice to government, Amrapali on plea of over 100 home buyers

The home buyers, who have neither got possession of their flats, nor refund of their hard-earned invested money, had booked homes in the Amrapali Centurion Park-Low Rise project, Amrapali Centurion Park-Terrace Homes and Amrapali Centurion Park-Tropical Garden at Greater Noida in Uttar Pradesh. More than 5,000 flats were to be built in approximately 40 towers in a phased manner, by the embattled group. The plea, filed by Bikram Chatterjee and 106 others, has sought quashing of a National Company Law Tribunal (NCLT) order passed on the plea of Bank of Baroda, seeking initiation of insolvency proceedings under the Insolvency and Bankruptcy Code, 2016 against Amrapali Silicon City Pvt Ltd. Consumer and recovery cases and decrees passed by civil courts and consumer fora in favour of home buyers against real estate firms, cannot be executed once insolvency proceedings begin at the NCLT.

Read also : All you should know about Nashik property tax

The plea has sought that either the home buyers are treated equally with banks and FIs, or the provisions of the bankruptcy code, which give priority to lending institutions, be held ultra vires to the Constitution, as being violative of fundamental rights like rights to equality and life. The petition, filed through lawyer ML Lahoty, alleged that the 107 home buyers had neither got possession of the property, nor any compensation from the firm. It also alleged that the insolvency proceedings against Amrapali Silicon City Ltd affected the home buyers of Amrapali Centurion Park Pvt Ltd.

It claimed that thousands of buyers had booked apartments during 2010-14, by paying booking amounts running into several crores, after which they were made to sign ‘one-sided’ allotment agreements. Contesting the terms and conditions contained in the agreement, the buyers alleged they were ‘oppressive and unreasonable’, as there was a clause for timely payment by the buyer, but no timely completion of the project.

It claimed that the contract was one-sided as it allowed the builder to raise loan from any bank by way of mortgage of the flats being sold and buyers cannot object. “Giving serious jolt to home buyers who have paid their hard earned money and life savings into funding the purchase of their dream homes, the Respondents 3 and 4 (Amrapali firms) were found in serious breach of their obligation to deliver the flats within 36 months, that is by 2013 and in some cases it is 2016,” the petition said. No compensation for this failure to deliver the flats had been paid to the buyers, it alleged.

The NCLT had, on September 4, 2017, ordered liquidation of the builder on the plea of Bank of Baroda, seeking initiation of the same under the Bankruptcy Act. Besides the two Amrapali firms, the plea has made Union Ministries of Finance and Corporate Affairs, Uttar Pradesh government, Bank of Baroda and the RBI, as parties. The plea has sought a direction restraining the Interim Resolution Professional (IRP) from creating any third party interest in the projects in question and safeguarding of financial interest of home buyers.

Earlier, the apex court had taken note of a similar plea of hassled home buyers of real estate major Jaypee Infratech Ltd and revived the insolvency proceedings against the firm. It had given the management control of the firm to the IRP, appointed by the NCLT, besides asking the firm to deposit Rs 2,000 crores with the apex court registry, to safeguard the interest of the home buyers. 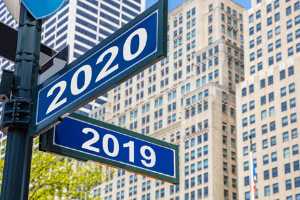 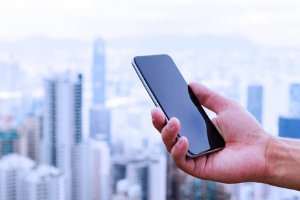 Real estate versus stocks of realty companies: Which has better returns?