[ecis2016.org] Late Rajesh Khanna’s 6,500 sq. ft. sea-facing landmark bungalow ‘Aashirwad’ in Bandra was bought by him from another Bollywood legend Rajendra Kumar, who had named it ‘Dimple’, after his daughter’s name.

Rajesh Khanna was arguably the biggest Bollywood superstar India has ever seen. Everyone in the industry and his die-hard fans still swear by how the level of stardom seen by their beloved Kaka hasn’t been eclipsed by any reigning star, not even the three Khans or Big B or countless other legends of Indian cinema. Rajesh Khanna was special and his string of hit movies, millions of ardent fans and charismatic personality proved it to the hilt.

You will be sad to know that the iconic Aashirwad bungalow of the Bollywood megastar on Carter Road in Bandra, has been demolished by its new buyer, the executive chairman at Mumbai-based Allcargo Logistics, Shashi Shetty. The 6,500 sq. ft. sea-facing landmark defined the cityscape for Rajesh Khanna’s fans and Mumbai tourists over the decades. There was some controversy over the final sale price of the bungalow which overlooks the Arabian Sea in one of Mumbai’s costliest locations. It was sold to Shashi Shetty for a handsome Rs 95 crore although the price was less than what was originally predicted.

The present owner is desirous of building a multi-storied property on the land. The bungalow is situated in a prime Mumbai location. Before it was completely demolished, people could still view the name of Khanna’s hit movie Haathi Mere Saathi spray-painted on the walls. Before it was purchased by Rajesh Khanna, the bungalow was the property of another Bollywood legend, Rajendra Kumar. He reportedly purchased the property for Rs 60,000 in his time. There was an ugly tiff between Khanna’s alleged companion in his final days, Anita Advani and his family regarding ownership of the bungalow. Advani was firm that the star wanted the property to remain intact and be converted into a museum or memorial although the family prevailed.

The family of Rajesh Khanna and Anita Advani also sparred over the bungalow’s name. The name was reportedly changed by his daughters after his demise. It was changed to Vardan Aashirwad in 2012. The area where the house stood was home to multiple other bungalows owned by Parsis and the East Indian community members. Just beside Aashiyana, the bungalow owned by famous music director Naushad, there was another dilapidated two-storied building. Everyone used to call the zone haunted and hence no one could buy a property here in the 1960s. It was even known as Bhoot Bangla as local legends state. Several reported haunting and ghost stories ate into the value of the iconic mansion. It got listed on the market at a considerably low price. Rajendra Kumar was only a budding Bollywood star who had come to Mumbai then. He bought the property for only Rs. 60,000. Before shifting to the bungalow, he took the advice of Manoj Kumar, his close friend, who knew about the ghost stories linked to the same. The stories were so famous that several rituals and pujas took place before Kumar shifted here.

The bungalow was subsequently named as Dimple after renovation which was the same name as Rajendra Kumar’s daughter. However, Rajendra Kumar achieved dizzying success while staying at this bungalow. This house was immensely lucky for Jubilee Kumar who delivered back to back super hit movies. He built another home at Pali Hill later on and named it Dimple as well. Rajesh Khanna, an aspiring star, came to know that Kumar was interested in selling off his old bungalow. He bought this without a second glance. The name Aashirwad was given by Rajesh Khanna himself.

After moving into this property, Rajesh Khanna’s life changed beyond recognition. He tasted heady success and became India’s first superstar as the tabloids and fans called him. He became the undisputed king of the Bollywood box office and subject of much interest across the nation. This is where he married his young wife Dimple Kapadia, planned his scripts and movies, partied with his closest ones and looked out of his window regularly to see thousands of people waiting to see him at all hours of the day and night!

However, Aashirwad also witnessed Rajesh Khanna’s fall from grace. Several of his movies started flopping at the turnstiles. Amitabh Bachchan became the nation’s new obsession and eventually Rajesh Khanna lost his dizzying superstar status. His personal life also witnessed some tumultuous times. He didn’t have any concrete work after a certain period. His wife Dimple and his children also left him for his shenanigans and reported unruly behavioral tendencies. Once the heartthrob of the nation, Rajesh Khanna lived out a quieter life in this bungalow with his companion by his side in his last days. Reports say that just a little before his demise, he used to spend more time at his Linking road office and returned only to sleep at night.

Some interesting facts and stories about the bungalow:

Rajesh Khanna didn’t just own Aashirwad on Carter Road, Mumbai. He also had his office at Linking Road along with an apartment at Versova, a lavish bungalow at Madh Island and some properties in Chennai like Aashirvad Theater. He reportedly possessed shares in Andheri-based Filmalay too.

Where was Rajesh Khanna’s house located?

What was the name of Rajesh Khanna’s house?

When he shifted to this luxurious home, Rajesh Khanna named it Aashirwad.

How much area did the bungalow cover?

Rajinikanth house in Chennai: All about the Superstar’s home

How to use wall stickers for an inexpensive home décor makeover 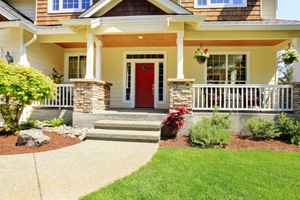 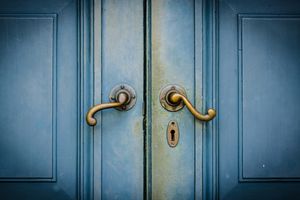 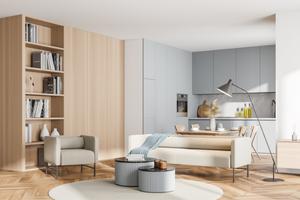